It’s a weekend in late March.

Normally at this time of the year — any year but this one — I’d be watching a pair of men’s basketball teams trying to make it into the Sweet 16.

That’s what Sunday was supposed to be about.

That is, of course, until more pressing national matters took place.

So instead of watching college basketball, I was watching another sport on ESPN2:

There was also World Tetris Championships (the 13-year-old me used to waste days playing that game) and Par-Tee National Championships The latter was an arcade golf game that I believe was at Bear’s Den downtown. One of our sports writers, John Montgomery, and my former boss, the late Dave Feltner, were said to be experts.

Then, on Sunday night, ESPN was showing Wrestlemania 30.

Still, for all the curiosity that the odd sports created, I found myself missing baseball.

In the last week, I caught up with a few old games.

Especially since seemingly no one could hit him.

On Saturday, the MLB Network stayed with the theme, showing the Red Sox-Yankees one-game playoff for the American League East title in 1978.

The game, played at Fenway Park, mostly is remembered for Bucky Dent’s three run homer in the seventh, which pushed the Yankees to a 5-4 win. The Yankees shortstop rarely hit home runs. He hit only 40 in a 12-year career.

But this one, people remember.

Now, usually, I wouldn’t want to be seen watching — much less enjoying — a game from 42 years ago where I knew the Yankees won.

But I found myself drawn in by the eighth inning.

And it showed me, again, why I love baseball so much.

In the bottom of the eighth inning, the Yankees were up on Boston, 5-2, with the future Hall of Famer, Gossage, on the hill. Longtime Red Sox broadcaster Jerry Remy — then the second baseman — sent a grounder down the right field line for a leadoff double.

The Red Sox then had three straight future Hall of Famers up: Jim Rice, Carl Yastrzemski and Carlton Fisk.

Gossage got Rice to fly to right. But Yastrzemski and Fisk — neither trying to do too much — each dropped clean singles into the outfield. Fisk’s single scored Remy.

That brought up Fred Lynn. Unlike the hitters who preceded him. Lynn didn’t make the Hall of Fame. But he was a great ballplayer. In 1975 he was the American League’s Rookie of the Year and the MVP. By 1978 he’d made the All-Star team four times, and had hit 71 of his 306 career home runs.

So with two on and down by a pair, the powerful Lynn would be thinking home run, right?

It’s 1978, not 2020. Lynn simply stayed with an outside pitch and flipped it into left field for an RBI single.

Readers of this space probably know how I feel about current baseball. The walks, the strikeouts and the over-reliance on homers is mind-numbing.

Watching Lynn simply try to keep the line — and his team’s season — moving brought a tear to my eye.

I was so excited I took a video of the at-bat and sent it to my best friend.

After a few minutes, my friend responded.

“You know the Red Sox lost the game, right?”

He was inferring that for all of Lynn’s unselfishness, the analytics crew would counter my joy with the final result.

But I countered with what followed. With the score 5-4 and with two on, Gossage retired third baseman Butch Hobson on a fly out to right (caught by future Reds’ manager Lou Piniella).

That brought up George Scott.

Scott was a first baseman, in the 13th year of a 14-year career. He launched 271 homers in a career — he hit an American League-best 36 three years earlier with the Brewers.

No matter. Unlike Yastrzemski, Fisk and Lynn, it certainly appeared Scott was trying to go deep, taking big swings against Gossage’s offerings.

The final one — the third strike — sent Scott practically falling into the other batter’s box.

That’s the next video I sent to my best friend.

The Yankees were out of the inning. Moments later, they were celebrating a title. Eventually, they won the World Series.

It was an old game — a game that was played roughly a year and a half before I was born.

But I found myself very engaged.

Sports can still get a rise out of me.

Even if they are more than 40 years old.

Just a weekend in late March.

Zach Baker is the sports editor for The Advertiser-Tribune. 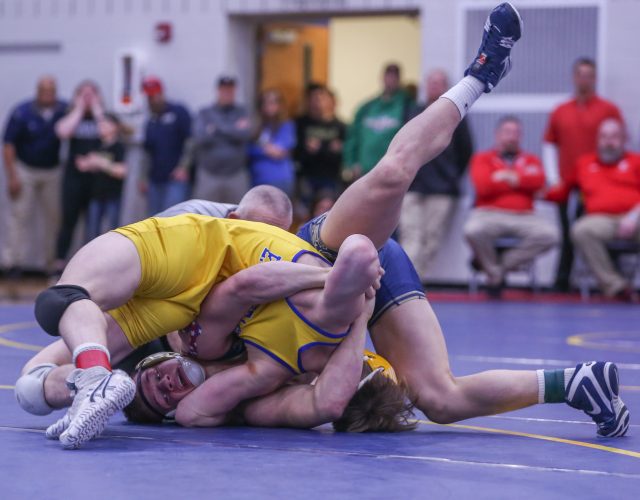