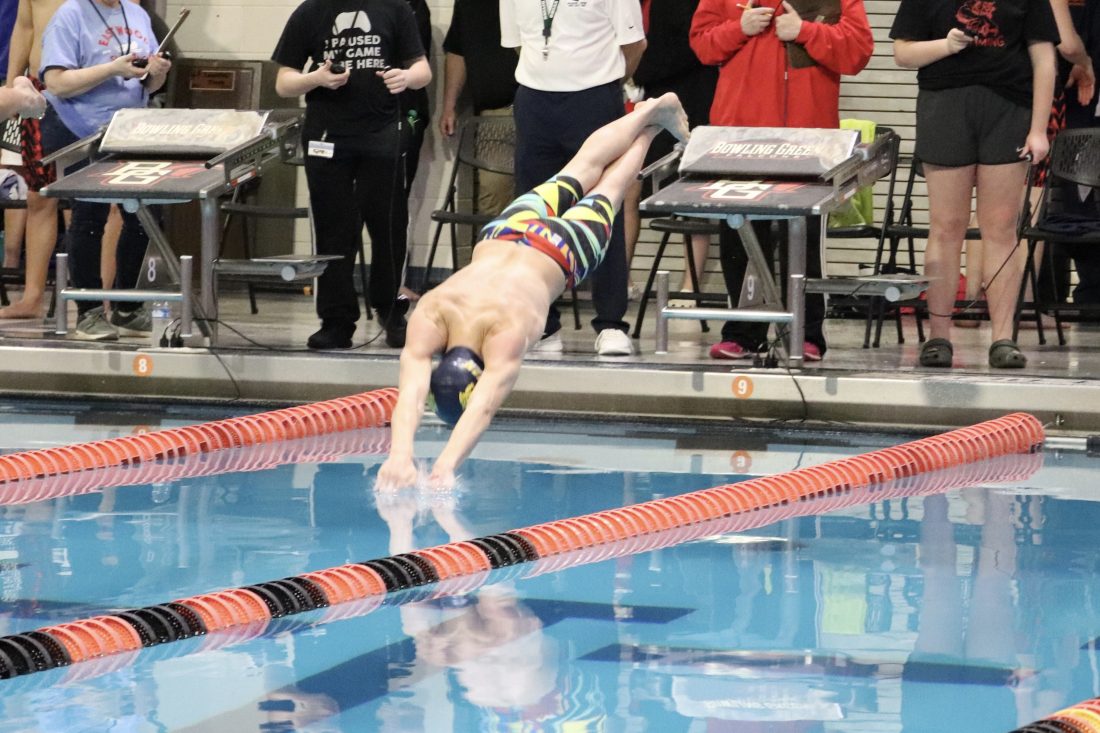 Whether that was enough to extend the Columbian’s sophomore’s season to next week’s state tournament was yet to be seen.

Eisenhower’s best finish — and Columbian’s best finish — at the meet came in the 50 yard freestyle, where he placed ninth out of 31 placers. He reached the finish line in 22.47. Eisenhower also swam in the 100 freestyle, taking 12th in 49.74. Also in the race was Upper Sandusky’s Will Barnes, who crossed the line in 51.3, good enough for 26th.

“Cole’s 500 free and 100 free were fast,” Columbian coach Brittany Lindrup said. “He went the fastest he’s gone all season and gave it everything he had.”

The top two finishers advanced automatically. The other qualifiers for state had yet to be announced.

Fanning and Williams are both seniors.

Fanning and Eisenhower also joined with Luis Martinez and Myrick Hill to take part in the 400 free relay, which finished in 3:36.95.

The squad’s placing was unavailable at press time, but Lindrup said the squad dropped 13 seconds off its seed time.

“Each of the guys stepped up in a big way to get that time,” she said. ” It was well-deserved.”

Columbian’s girls also had a relay team compete in two events. The team of Sierra Steinmetz, Sydney Fortney, Kaitlyn Bates and Lillyan Wilson finished 23rd in the 200 medley relay in 2:08.63. The same team finished 20th in the 400 free relay in 4:10.13.

“I am so proud of the girls relays,” Lindrup said. “They gave everything they had, and were able to share a special moment after the 400 relay that none of them will forget.”

Upper Sandusky also had a girls team in the 200 medley relay, with the squad of Cali Andres, Maya Collins, Addison Byrne and Lindsay Weininger finishing 19th in 2:03.83.