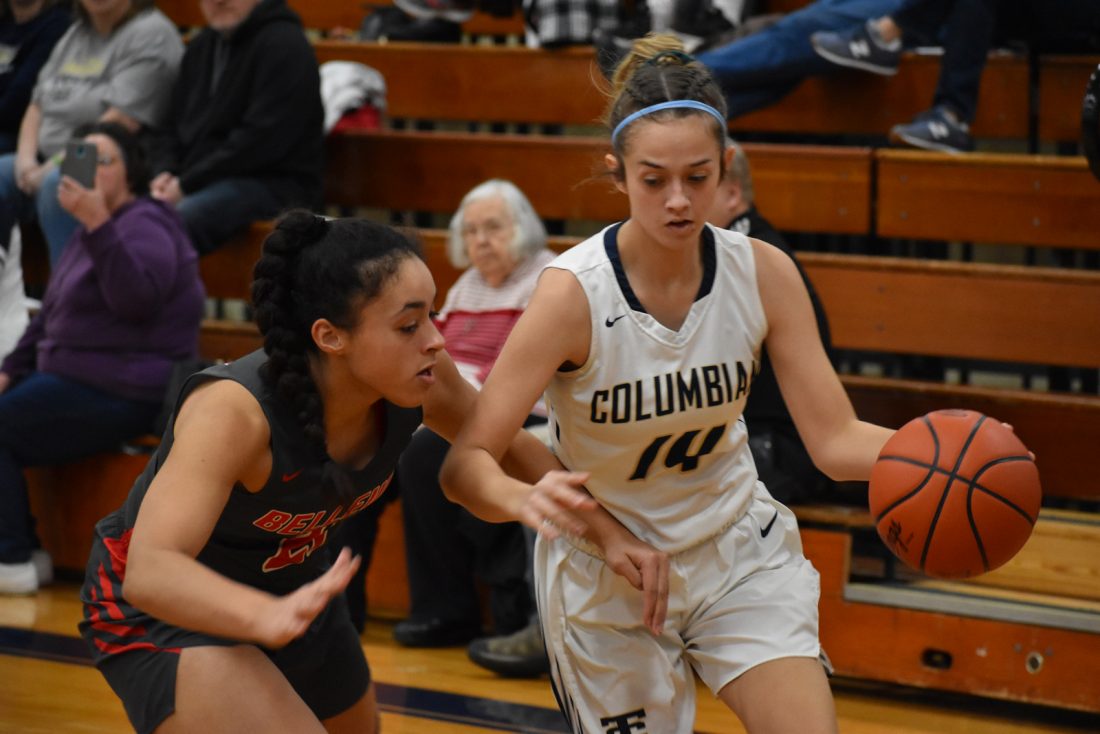 Santoro hit six 3-pointers in the third quarter for the Redmen, tying her with Anna Breah Kuck for the most made 3-pointers in a period, according to the Ohio High School Athletic Association girls basketball recordbook. Kuck made her six Jan. 17, 2019, against Sidney Fairlawn.

Cory Santoro also hit a 3-pointer in the third quarter for Bellevue, giving the Redmen seven in the period. The seven makes tie the Redmen with 14 other schools for fifth all time in the OHSAA state recordbook.

The state girls record for made 3-pointers in a quarter is nine by Fairland in 2015 game against Dawson Bryant.

Her makes from long range helped the Redmen connect on 15 treys. The 15 made 3-pointers tied Bellevue with 19 other teams for 26th on the state girls list.

Eastwood holds the girls state record with 22 made 3-pointers in a 2006, game against Otsego.

Cory Santoro finished with 27 points and Kami Hay had nine for Bellevue against Columbian.

The Tornadoes got 12 points from Toria Ingalls and five from Meredith Obringer.

BUCYRUS — Caleigh Rister got Bucyrus started and helped the Redmen end it Saturday in a 50-42 Northern 10 Athletic Conference win against Mohawk.

Bucyrus led just 36-33 heading into the fourth, but Rister went 6 of 8 at the line in the final period to help keep Mohawk at bay.

The Chieftains scored 42 points off 44 turnovers and never let the Golden Bears net more than nine points in a period.

Hohman leads the charge for NR

Hohman tallied 21 points and six rebounds for the Blue Jackets, who led 24-14 at halftime before outscoring the Wildcats 30-9 in the second half.