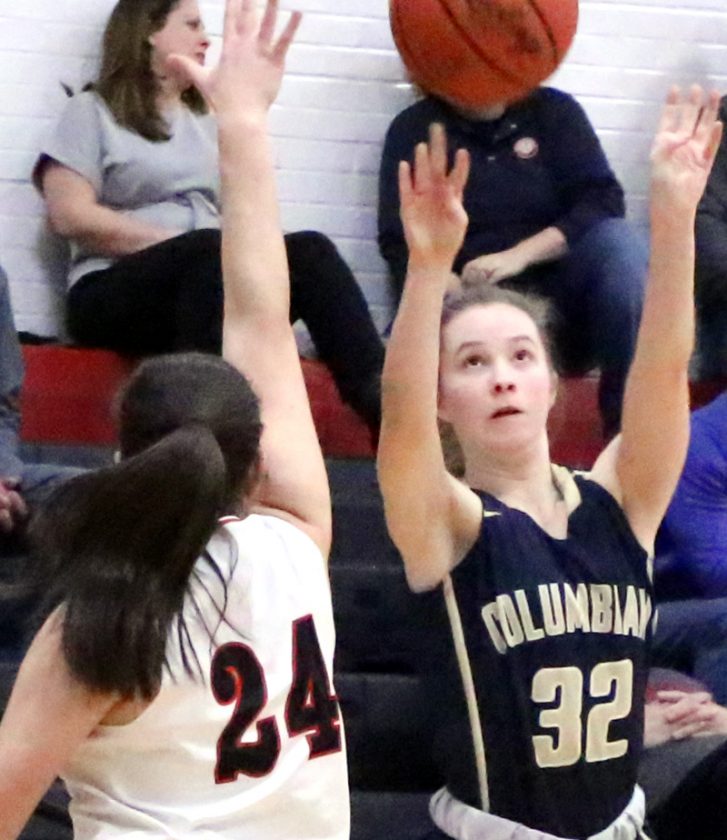 SANDUSKY — Only three players scored at least seven points and all three suited up for Perkins in Tuesday’s 53-23 Sandusky Bay Conference Lake Division win against Columbian.

The Pirates (13-3, 7-2 SBC) dominated all game, grabbing a 15-7 lead at the first stop en route to a 25-15 halftime advantage. The defense clamped down more in the second half, allowing just eight points.

The Tornadoes (3-8, 0-7) got six points from Tatiyana Dines and five from Hailey Cooper.

Tigers cruise to top of N10

Depinet tallied 20 points and seven steals for the Tigers (14-2), who inched ahead of Buckeye Central for the top spot in the N10 with an 11-1 conference record.

SYCAMORE — Carey nearly scored all the points it needed in the first quarter Tuesday in a 42-14 Northern 10 Athletic Conference win against Mohawk.

CLYDE — Sandusky pulled away in the second half Tuesday, turning a close Sandusky Bay Conference Lake Division game into a 59-38 win against Clyde.

TOLEDO — Rossford dominated early, then held back winless Fostoria from there Tuesday to claim a 54-46 Northern Buckeye Conference win.

FOSTORIA –Perkins’ girls rallied in the baker games Tuesday to beat Columbian while the boys also claimed a win against the Tornadoes.

In the boys match, Perkins used a pair of 400 series as the springboard to its win; Gabe Moldanado rolled a 449 series and Ryan Ferback had a 420.

Josh Johnson added a 395 for Perkins and Zack Ferback had a 324. Brandon Lee added a 156 game and the Pirates got a 211 score in the other game.

Tommy Peer led the Tornadoes with a 380 series, Owen Thomsic added a 376. Zavier Sherman registered a 362 and Michael Ross tallied a 338. The Tornadoes also got a 158 game from Will Heineman and a 144 score in another game.