Dragons fall to Chargers at home 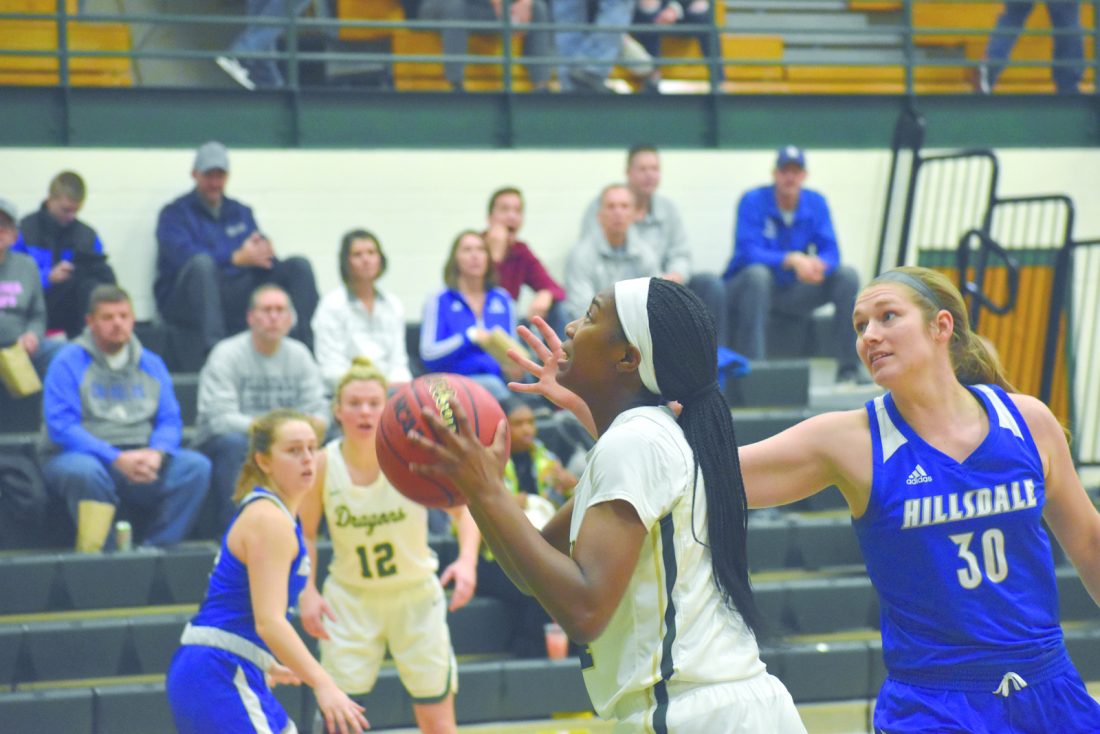 PHOTO BY ZACH BAKER Tiffin’s Jasmine Watts goes up for a shot against Hillsdale’s Julie Wacker Thursday at Gillmor Center.

Despite 17 points and 12 rebounds from Tiffin’s Aarion Nichols Thursday night, the Dragons couldn’t get by Hillsdale in G-MAC play, falling 62-59 at home.

Jensen Hiegel had 11 points and five boards for the Dragons, while Jada Tate added nine points and seven rebounds.

Sydney Anderson led the Chargers with 17 points and eight rebounds. Lauren Daffenberg and Jaycie Burger each chipped in 12 points.

Hillsdale shot 65% from the field Thursday, including 60% from 3-point range in a 95-71 G-MAC victory over Tiffin.

They had five players in double figures with Patrick Carter leading the way with 24 points and seven rebounds. They also got 19 points and seven assists by Dylan Lowry, 17 points and 13 boards from Austen Yarian and 10 points apiece from Davis Larson and Connor Hill.

The Dragons (7-9, 1-5) shot 41.5% from the field as Joshua Williams dropped in 20 points and nabbed five rebounds. Jairus Stevens chipped in 14 points and Austin Schaub had 12.