Dragons have it all working in 55-6 rout of St. Anselm

Tiffin could have taken a knee and been content with a three-touchdown lead at halftime.

But with an offense as explosive as the Dragons’, why would you waste an opportunity?

Tiffin drove 85 yards in just over a minute to finish off a dominant first half en route to a 55-6 non-league win over St. Anselm Saturday at Frost-Kalnow Stadium.

“The biggest thing we were looking for was for our guys to play our kind of game,” Tiffin coach Cris Reisert said. “Regardless of who we play, we want to play the Dragon way and be able to do what we do. I thought our guys came out and executed with high energy.”

The Dragons (4-1) took over at their own 15 after a punt by St. Anselm with 1:07 left until halftime. Rather than take the conservative route, Tiffin, behind quarterback Nick Watson, went to work. He hit Carey graduate Gavin Woods for 11 yards then Stanley Jackson for consecutive passes of 10 and nine yards.

JaQuan Hardy had a short run to pick up a first down, but Watson connected with Devin Butler for 20 more yards. Then, Jackson made perhaps the play of the game as he hauled in a 34-yard touchdown pass with just one hand in the end zone. The extra point was missed, but Tiffin took a 27-0 lead into halftime.

“It is fun to watch them,” Reisert said. “A lot of times, it is calling simple stuff and letting your really good players make really good plays. I thought our line played great up front and (Watson) played well. Our backs and receivers came through again.”

The Dragons had a bit of a slow start before kicking it into high gear in the second half. The teams exchanged punts before Tiffin took over at its own 38. The Dragons put a methodical drive together as they picked up four first downs including a seven-yard pass from Watson to Jackson on fourth-and-4.

In the end, the two hooked up again for a seven-yard touchdown. AJ Nickoli hit the first of his seven extra points with 5:41 left in the first quarter.

The Hawks (0-5) looked to respond, marching down the field in response. The passing of Eric Fairweather attacked Tiffin at multiple angles. St. Anselm picked up five first downs to get inside the TU 15, but as the first quarter ended, the Hawks had to settle for a 26-yard field goal try.

However, AJ Wright got a hand on the kick to block it and the ball was recovered by Ross Moore all the way back near midfield. The Dragons did not wait long to cash in. Watson hit Jackson for 13 yards and three plays later, Watson connected with Woods, who split three defenders and scored for a 37-yard touchdown.

“It is key to get everybody involved,” Reisert said. “We want to be able as we go through this thing, to build targets and build trust in all the guys we have. Nick has started to come into his own and started to get comfortable with everybody.”

Later, the Hawks put together their best drive of the day. After starting at its own eight-yard line, St. Anselm again picked up five first downs while marching down the field. The Dragons stepped up their defensive effort once the Hawks got inside the 20, forcing a 36-yard field goal try. This one came up short and Tiffin came up with another stop.

The Dragons once again took advantage of the missed opportunity by St. Anselm. Watson threw an eight-yard pass to get the drive going before Hardy scampered 10 yards. Then, Watson found Butler in stride for a 60-yard strike with 2:20 left in the half.

The Dragons scored on its first offensive possession in the second half. The passing of Watson balanced out the running of Hardy as Tiffin picked up chunks of yards at a time. In the end, Hardy took a swing pass on fourth-and-4 and shook his way to the endzone on a 29-yard touchdown. TU led 34-0.

Watson and Hardy saw their days end early in the fourth quarter. Hardy rumbled 50 yards on the first play of the quarter, getting tackled at the one-yard line. Watson covered that distance on the next play for his sixth score of the day and a 41-0 advantage.

The Hawks turned the ball over on downs later at midfield and Riley Adolph threw a 39-yard pass to Devon Lynch on the first play of the next Tiffin drive. Two plays later, DiJahn Davis scored from four yards out for the Dragons.

Adolph added a 55-yard touchdown run later in the quarter for Tiffin, who ran 40 times for 229 yards.

“Anytime you can win a game in college football, it is one you can be proud of and you celebrate,” Reisert said. “For us, to build depth in the fourth quarter by getting young guys in the game was huge. I am excited and proud of the guys.”

The Hawks threw the ball 41 times, which was not a surprise to Reisert.

“We knew they would throw it around a bunch,” the first-year coach said. “For us, even though that was the case, we still wanted to stop the run and we did that.”

“When you have a lot of playmakers like I have, all you have to do is give the guys a chance to make a play,” Watson said. “It worked out well and we executed well.” 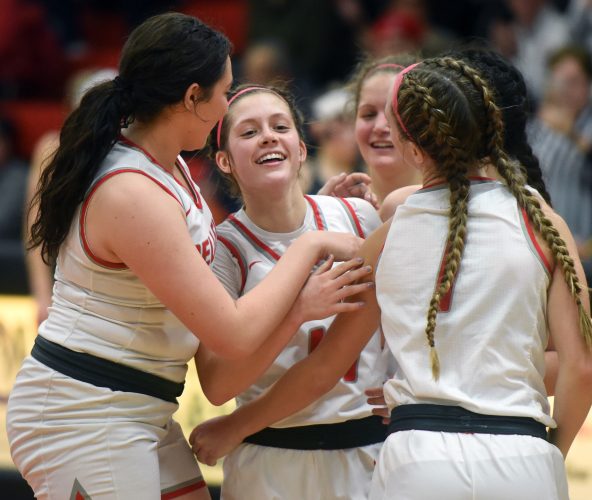 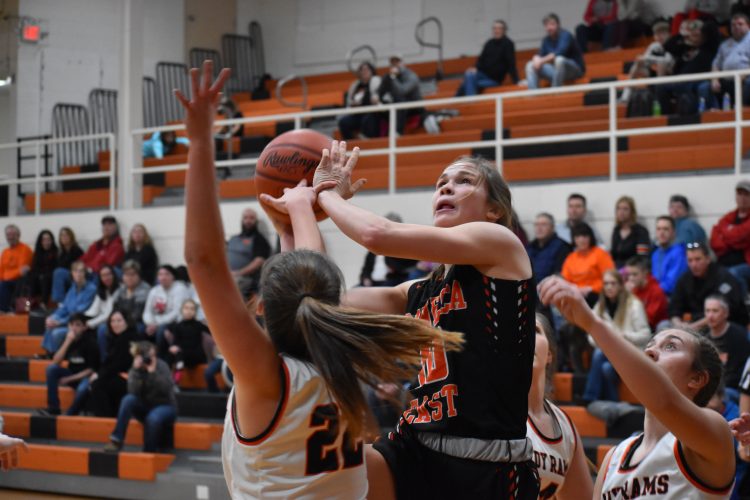 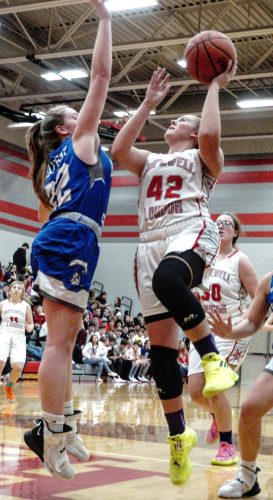