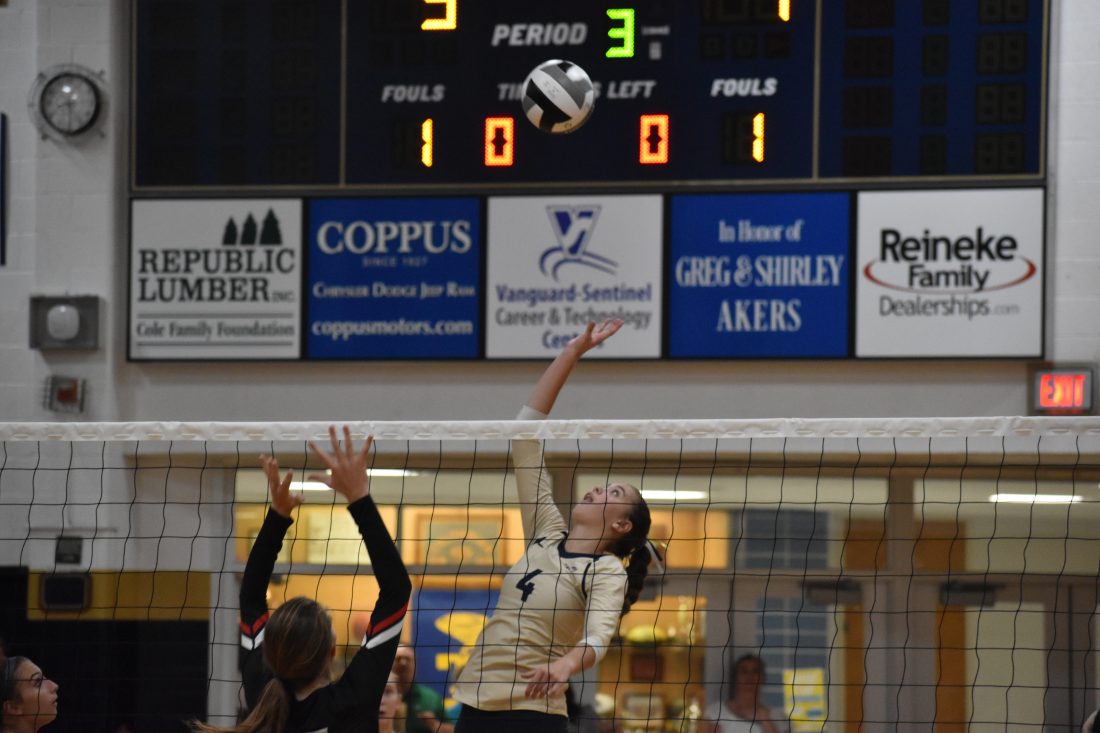 The match between Perkins and Columbian went back and forth Wednesday, ultimately ending in a five-set win for the Tornadoes.

But however close it was, whichever team scored first in each set won that set. All five of them.

“They’re a good team. They’re really scrappy,” TC coach Hope Boes said after her team improved to 8-1 overall and 2-1 in the SBC Lake. “Their setter is unbelievable. We always have a good match with them.

“We struggled a bit blocking, so that’s something we’ll have to work on, but overall we stayed in it, didn’t give up. We hit the spots when we needed to, missed some serves, but we hit the ball hard.”

“It was another team effort tonight,” Boes said. “But (Addie) is the leader. She’s the captain. She’s a special athlete. I can’t say enough good about her.”

After the first set was tied at 5 early on, Columbian went on a 15-5 scoring burst to open up the set and eventually finish off the Pirates. Rylie Roggow recorded a pair of aces and two kills in the set.

The momentum didn’t last long with the Tornadoes, though.

Perkins opened up a 5-1 lead in Game 2 and pushed the advantage to 22-12 at one point. Perkins’ Kelley Baker started to heat up in the set with three kills and a pair of blocks. She had 12 kills and four blocks in the contest.

In back-and-forth fashion, Columbian started well in Game 3 with a 5-1 lead. Perkins battled back to get the count to 11-10, but TC ran away with the set with a 9-1 scoring run. Conti made her mark all over the third set with three kills and four aces, including three in a row.

“Since I’ve been head coach, our motto is just to never quit,” Boes said. “Never stop until we get the W.”

Perkins got out to a 3-0 advantage early, but the fourth set was close tied at 12 at one point. Then Perkins raced off to a 21-13 lead.

The fifth set was close, but TC led the whole set as Conti registered three kills and an ace.