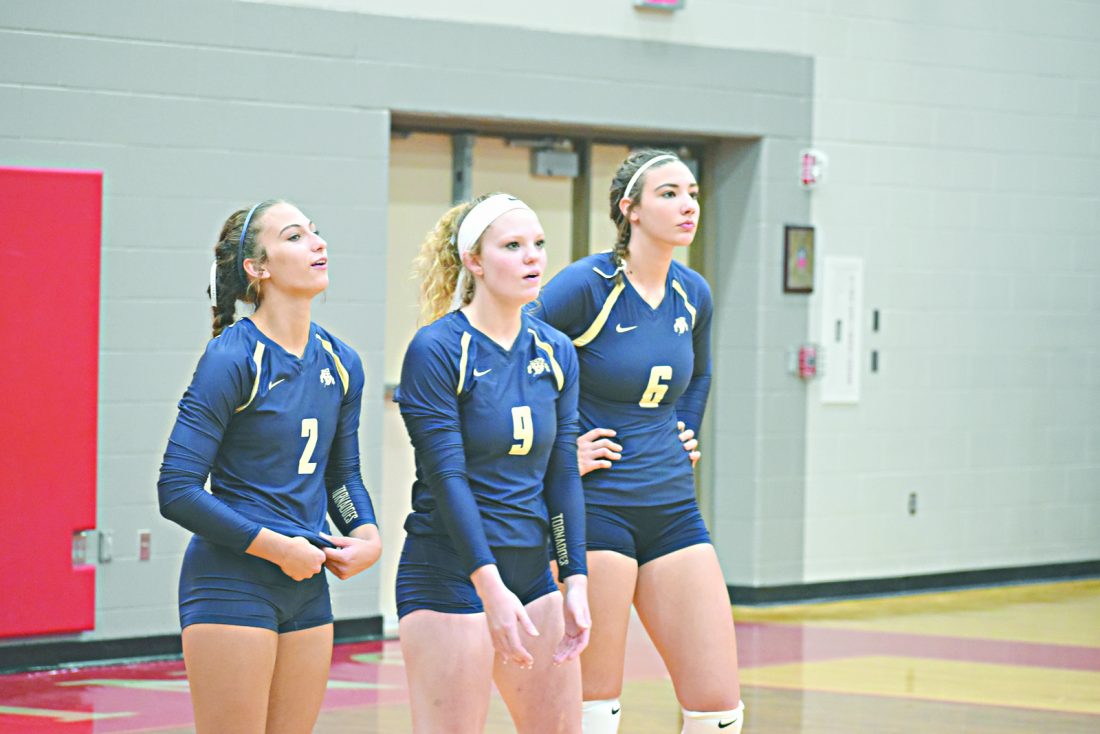 PHOTO BY ZACH BAKER Above, Columbian’s (from left) Addison Conti, Olivia Jacobs and MaKenna Kidwell look on between matches Saturday in Bascom.

Senecas rebound in a hurry against Lake

A.J. Hemminger backed them with 17 digs and three aces, Kate Rombach served three aces and Emma White tossed up 43 assists for the Senecas.

Information on Clyde was not submitted.

BC powers past Crestview