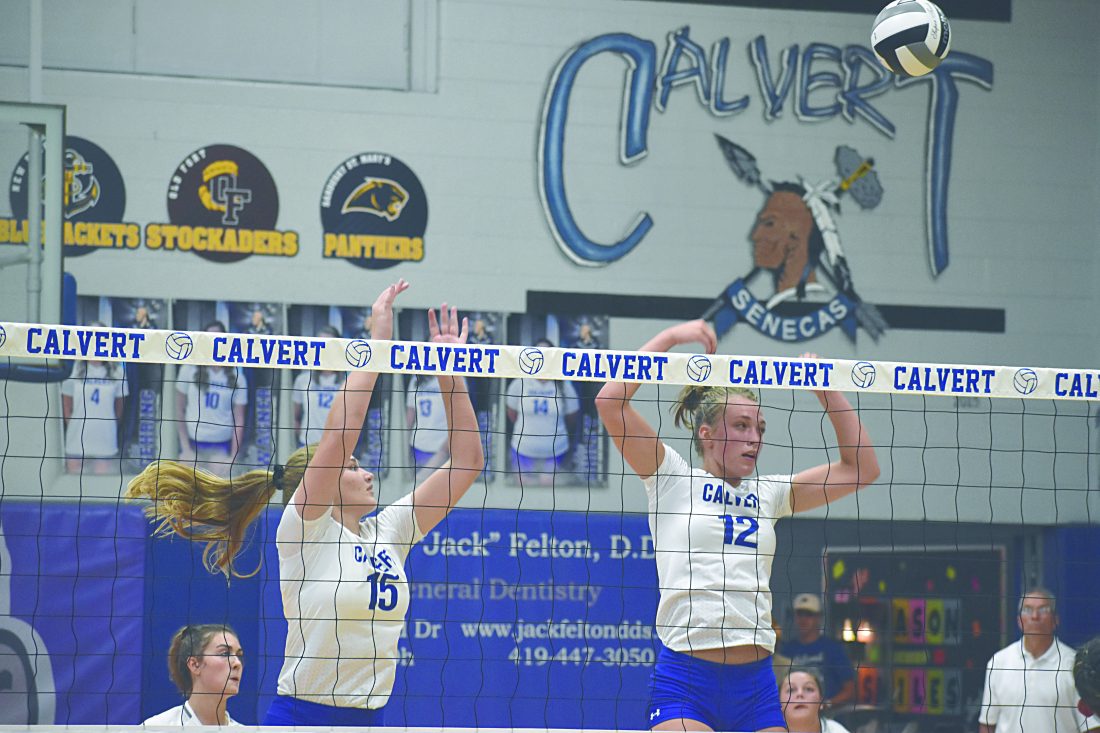 PHOTO BY ZACH BAKER Calvert’s Leah Renninger (left) and Zoe Meyer send a ball back over the net during a match with Danbury in Tiffin Tuesday. The Senecas, the defending Division IV state champions, swept Danbury in their home opener.

In the home opener for the defending Division IV state champions, Calvert took care of Danbury in a hurry with a 25-5, 25-5, 25-4 Sandusky Bay Conference River Division victory.

SYCAMORE — The night didn’t start well for Columbian, but it sure ended well.

“We had a rough start, but we finished well, that’s for sure,” TC coach Hope Boes said.

“What a great high school volleyball match,” Mohawk coach Eric Hoover said. “This is one you hate to see anyone lose. A lot of great plays were made on both sides of the net.”

BUCYRUS — Buckeye Central rolled past Wynford in the first two sets Tuesday, but Wynford extended the match with a win in Game 3. However, the rally was short-lived as the Bucks won 25-14, 25-11, 25-27, 25-16 in Northern 10 Athletic Conference action.

Peyton Hoover led the charge with six kills and 10 digs, while Elizabeth Wells tacked on seven kills and a pair of blocks, Olivia Savidge had five kills, Abbi Roerdink collected five kills, 17 assists and three digs, Abbe Beidelschies recorded a pair of aces and 13 assists and Gracey Dohanyos made 12 digs.