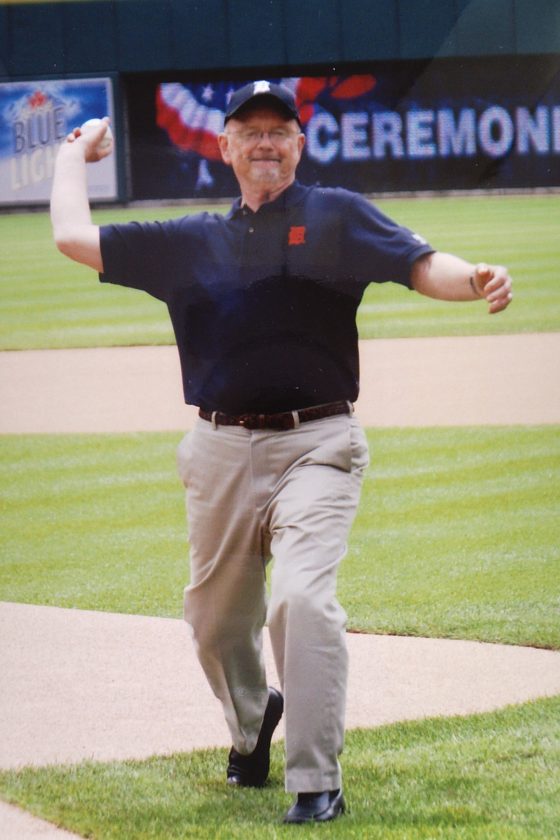 PHOTOS SUBMITTED Chuck Christensen throws out the first pitch before a Detroit Tigers’ game May 25, 2011 in Detroit.

Chuck Christensen has spent a lifetime being a fan of the Tigers.

From his youth through retirement, in America and overseas, through the good years and bad, his love of the Tigers has remained.

It became even more ingrained when Christensen and a few others enjoyed a dinner with Tigers great Al Kaline last Thursday at Comerica Park.

Along with dinner and a question-and-answer period, Christensen presented a ball Kaline hit against the California Angels on July 30, 1971. Plans call for Kaline to autograph the ball and a photo of him and Christensen and send the items back to him.

“As a 70-year fan, it was just amazing. I remember when Kaline came up and he got the unheard-of bonus of $20,000. One of the things he said was, if you paid, at that time, … somebody that you wanted to sign more than $6,000, you had to bring them up to the club,” Christensen said. “He wanted to sign with the Yankees or the Red Sox. His dad said no, they’ve already got very good teams, and he said if you go to a team, you’re going to go to a team that’s not doing so well because you can play right away. 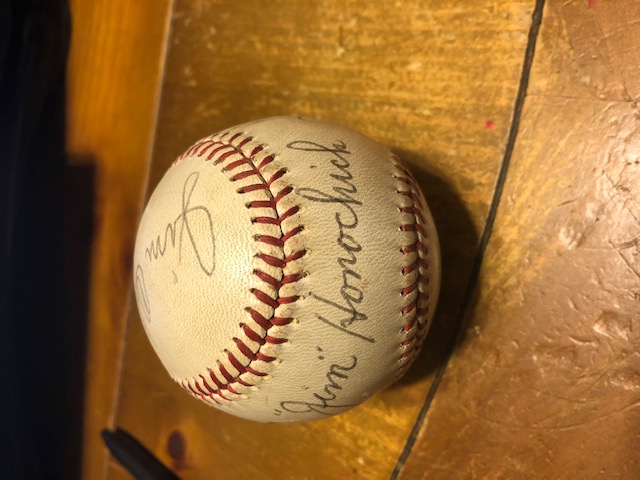 PHOTO SUBMITTED Here is a baseball hall of famer and former Tigers star Al Kaline hit in a game against the California Angels July 30, 1971. The ball, autographed by the game’s umpires, was in possession of area man Chuck Christensen, who presented the ball to Kaline Thursday at Comerica Park in Detroit.

“And the Tigers offered him $20,000 and he took the 20 and signed with the Tigers, and that’s how he became a Tiger,” he said. “And he was one of the few players, and I don’t think there are any today, actually, that played with the same team his entire career.”

He also was a phenomenal player.

Kaline, also known as Mr. Tiger, had his number retired by Detroit and was inducted into the National Baseball Hall of Fame in 1980.

He was just the 10th player elected to the Hall of Fame in his first year of eligibility, and, according to team records, Kaline and fellow Hall of Famer Ty Cobb were the only Tigers at the time of Kaline’s retirement to play at least 20 seasons for Detroit. Both played 22 years for the Tigers.

He helped the Tigers outlast the Cardinals in seven games for the 1968 World Series title, batting .379, hitting two homers and two doubles with eight RBIs and six runs in the Fall Classic.

Kaline’s .340 average in 1955 gave him the AL batting title, making him the youngest player in league history to earn the honor.

Still, he started slowly. Kaline only played in 30 games his rookie season, with his only extra-base hit being a homer.

But he homered every year he played, smacking four in his second season and never hitting less than 10 per year after that.

Kaline also belted at least 11 doubles each year after his rookie season and only had two other years in which he didn’t leg out a triple — 1969 and ’73.

He was also an 18-time All-Star — MLB had two such games per year for a stretch, with Kaline getting chosen for both games in a season three times — and a 10-time Gold Glove winner. He twice finished second in American League MVP voting and was third another time.

And Christensen followed him and the Tigers all along the way.

Christensen grew up in the Detroit suburb of Orchard Lake and went to college at Eastern Michigan University, getting married in 1965 and graduating with a degree two years later.

He spent the next 26 years in the Air Force, working in intelligence as a staff officer, analyst, collector and commander. That included spending 1970-71 in Vietnam.

Christensen also managed to earn a master’s of arts degree from the University of Notre Dame and eventually retired from the Air Force as a colonel.

He was then hired in the Mershon Center for Foreign Policy at Ohio State University as a program director and post-doctoral research fellow. Christensen earned his PhD and he and his wife, Nancy, moved to Tiffin and he joined the Tiffin University faculty

He also published the book “Airmen, Scientists and Engineers: Operation LUSTY and the Birth of Modern Technical Intelligence” as part of his doctoral dissertation.

His first duty at TU was to create the college’s online program and he served as its director. His other positions at TU included being an assistant professor of political science and national security, dean of the School of Criminal Justice and Social Sciences, vice president of academic affairs and dean of faculty before retiring in 2014.

And along with family, he always had a love for the Tigers

“I’ve been a Tigers fan for 70 years,” Christensen said.

“I spent a lot of time traveling around and kind of followed the Tigers from a distance, through the good years and the bad years,” he said

And family helped bring the Tigers closer to him.

His son, Jason Christensen, lives in Sarasota, Fla., and collects sports memorabilia, with many of the items connected to the Tigers.

That led to Jerry Lewis, fantasy camp administrator for the Tigers, contacting his son about some of the items.

Christensen said his son told Lewis he could see and use them if his father could throw out the first pitch at a Tigers game.

The pitch came May 25, 2011 at Comerica Park, with Brandon Inge on the receiving end.

“That was a neat experience,” Christensen said, adding that TU Athletic Director Lonny Allen helped by practicing with him.

“When I got a chance to do it, I threw a strike,” Christensen said.

That event eventually led to the elder Christensen getting invited to a question-and-answer with Leyland after he retired from being a manager.

Eventually, the younger Christensen was able to get his father an invite to the dinner with Kaline, which also included Jon Warden, a relief pitcher for the Tigers in 1968 who was the only player on either team not to play in the Series.

Christensen said Kaline talked about what it was like playing for the Tigers, especially as a rookie when he lived out of his suitcase at a Detroit hotel.

“It was a unique experience for me because I had watched him play for 20 years,” Christensen said. “It was something you never dream you’re going to be able to do, and he really is a nice person.”

PHOTOS SUBMITTED Chuck Christensen throws out the first pitch before a Detroit Tigers’ game May 25, 2011 in Detroit.

PHOTO SUBMITTED Here is a baseball hall of famer and former Tigers star Al Kaline hit in a game against the California Angels July 30, 1971. The ball, autographed by the game’s umpires, was in possession of area man Chuck Christensen, who presented the ball to Kaline Thursday at Comerica Park in Detroit. 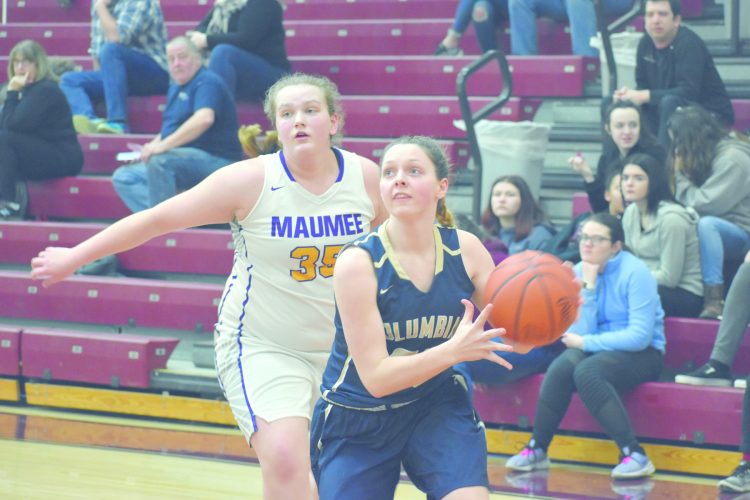