SYCAMORE — In a well-pitched game on both sides, it was Upper Sandusky that came through with some timely hitting in a 3-0 win over Northern 10 Athletic Conference rival Mohawk Friday.

Both teams had five hits, but the Rams (18-4, 13-2) plated two runs in the second inning and added a single insurance run in the fifth.

Brenyn Marquart twirled a complete game, fanning nine and walking four. Landen Snyder suffered the loss, giving up a pair of runs on four hits, while striking out five in three innings of work.

The Redmen cut the lead to 6-4 with a single run in the fourth and three more in the top of the seventh, but the Knights halted the comeback for a 6-4 Northern Buckeye Conference victory.

Trey Groves tallied a pair of singles and an RBI for FHS, while Devin Mauricio and Alex Sierra each singled and drove in a run.

Sierra took the loss on the bump, allowing six runs (three earned) on eight hits in six innings. He struck out five and walked a pair.

Eagles get by Bucks in 8 innings

NEW WASHINGTON — Buckeye central tied Colonel Crawford at 2 with a run in the bottom of the fifth. The game went into extra innings, but not for long as the Eagles plated three runs in the top of the eighth to get a 5-2 Northern 10 Athletic Conference victory.

Tommy Phillips doubled, singled and drove in a run for the Bucks (8-16, 4-12), while teammate Nick Ramey lined two singles and Brady Biglin drove in a run.

Drayton Burkhart was the winning pitcher going all eight innings for the Eagles (17-7, 11-5). He gave up an earned run on five hits, while striking out eight and walking four. Kaiden Vaughn suffered the defeat in 7 1/3 innings of work. He allowed four runs on five hits. He also walked five and struck out five.

Miller went all seven innings and allowed just one run on six hits. Her struck out six and walked one.

The Chieftains (17-5) scored four runs in the second inning to get things going.

ATTICA — The game between Seneca East and Columbian needed 11 innings before some scored Friday.

With great pitching on both sides, it was Columbian that broke through in the top of the 11th to get the 1-0 non-league win.

Jaden Myers drove in the winning run for Columbian. Gabe Reyes had a double and a single for TC.

Chase Foos doubled and singled for the Tigers (12-9).

Myers pitched nine scoreless innings, giving up four hits and striking out four. Tandonn Lemmon got the win with two frames of relief, scattering two hits, walking three and fanning two. Seneca East”s Rickie Lacy started and had a no-hitter going into the ninth inning, but didn’t get a decision. Tyler Turek suffered the loss, giving up a run on three hits in two inning. Lacy fanned five and walked three.

CLYDE — Clyde made up a pair of ran interrupted matches Friday with the first being at home against Vermilion. The Fliers didn’t take much time as they beat the Sailors 5-0.

At doubles, The Fliers No. 1 team of Jacob Strudthoff and James Dry beat Grayson Jones and Julie Plott 6-2, 6-0, while the No. 2 duo of Logan Nicely and David Hohenstein upended Sophia Flemister and Emma Dean in straight sets 6-0, 6-0.

BELLEVUE — In the second match Clyde finished up Friday, Clyde and coach Jeff MacFarland, swept Bellevue and his son, Blaine, 5-0 for a second time this season. 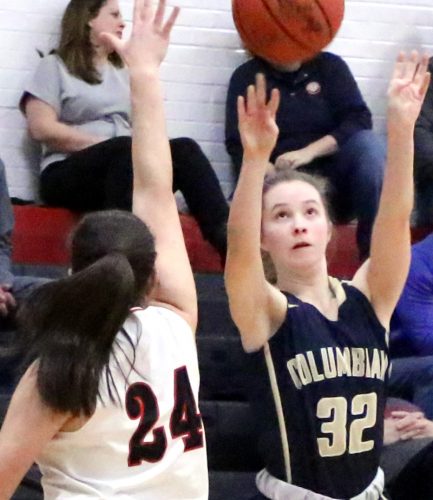 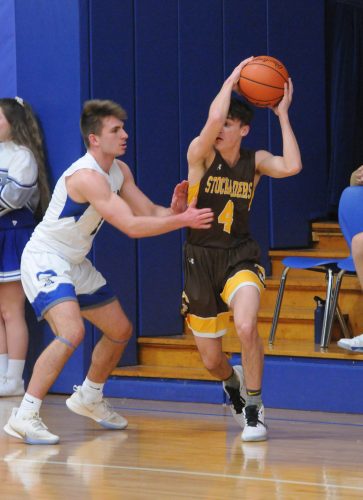