FOSTORIA – Allie Rutter’s one-out double in the seventh inning scored teammate Meghan Reiter with the winning run, and the Mohawks walked off with a 5-4 win over Sandusky River League rival Old Fort.

The Mohawks answered an early 3-0 deficit with three runs in the fifth, then answered another Old Fort run in the sixth.

In the bottom of the seventh, Old Fort reliever Sara Hossler retired the first batter she faced, but then allowed a single to Reiter.

That brought up Rutter, who had already hit an RBI double two innings earlier. She hit Hossler’s second pitch into left field, and Reiter made it all the way around to come home with the winning run.

Reiter and Rutter each finished the game with two runs scored and two hits, Jessica Holman also had two hits, scoring and driving in a run.

Allison Adelsperger had two hits and a run batted in for the Stockaders (6-10, 0-7). Sydney Clouse also drove in a run.

Rams use 8-run burst in 6th to beat Wynford

BUCYRUS – It wouldn’t be correct to call Upper Sandusky’s game with Wynford a back and forth contest.

For one thing, the Rams never trailed in the game.

Still, the Rams did have a bit of a problem putting the Royals away. Upper Sandusky led 5-3, then added a pair of runs in both the fourth and the fifth.

But Wynford came back with three runs of its own in the bottom half of the fifth, cutting the Rams’ lead to 9-6.

Then, it appeared, Upper Sandusky had had enough. It scored eight runs in the top of the six, and run-ruled the Royals after six innings, 17-6.

Erika Rosario tripled and scored three times in the win for the Rams, while Madi Dyer and Blayc Hacker had three hits each. Madi Stansbery had two hits and scored two runs, while Jaya Smiley did the same.

“We made too many physical and mental mistakes early, but overcame them with our offense in the later innings,” said Upper Sandusky coach David Young.

McKenzie Kessler started the game in the circle for the Rams, and went 4 1/3 innings. She allowed all six runs, but only four were earned. Kessler suffered an injury in the fifth, and was replaced by Sara Gier, who threw 1 1/3 scoreless innings.

It was a tough day for Calvert, as the Senecas were limited to just two hits and run-ruled by Gibsonburg, 14-0.

Gabby Bennett and Allie Beckley each had a single for the Senecas, who were held in check by three Gibsonburg pitchers.

Bennett took the loss for the Senecas, going four innings and allowing 12 runs on nine hits. Only five of those runs were earned, as the Senecas committed eight errors in the loss.

BUCYRUS – Carey got Bucyrus Wednesday. About 48 hours later, the Redmen returned the favor.

After suffering an 8-3 loss to the Blue Devils, the Redmen exacted some revenge, scoring a run in the first and three in the fourth against Sydney Wentling to go up 4-1.

Bucyrus increased that advantage an inning later by scoring two more, and took a 6-1 lead into the fifth.

But the Blue Devils, who had absorbed just one Northern 10 Athletic Conference loss coming in, got three runs in the sixth and one more in the seventh. But Bucyrus held on for a 6-5 victory.

Carey got three hits and an RBI from Taelor Niederkohr, and a single and two runs batted in from Leah Kuhlman. But it was unable to overcome four errors.

Sydney Wentling, who had a hit and an RBI, took the loss in the circle. She gave up six runs on two hits, but only two of those runs were earned. She struck out four and walked one in five innings.

The senior Blue Jacket pitched four innings giving up a hit and walk, striking out four. Her damage in the circle was just the beginning. Scherger went 4 for 4 at the plate against Hopewell-Loudon’s Alaina Gosche, including two doubles and a triple. Scherger drove in three runs and scored twice. 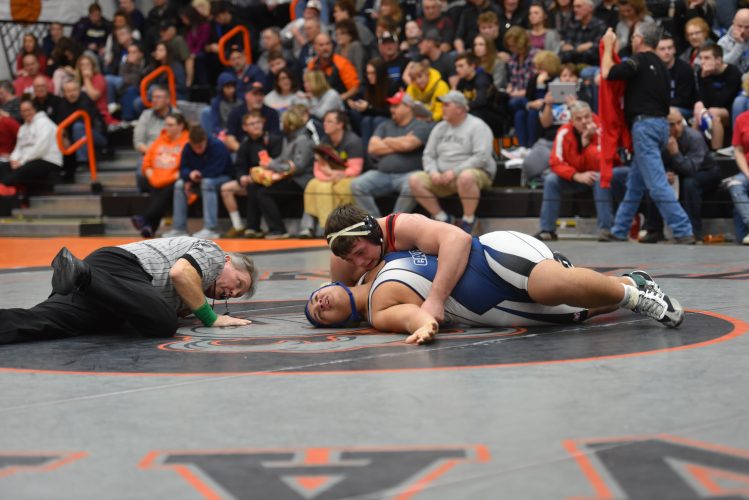 OREGON — Brody Conley pinned his way into the finals Friday to lead Columbian’s efforts on the first day of the ... 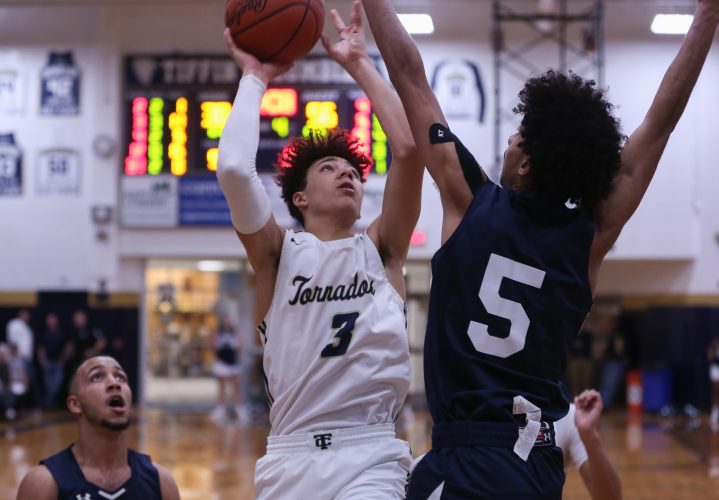 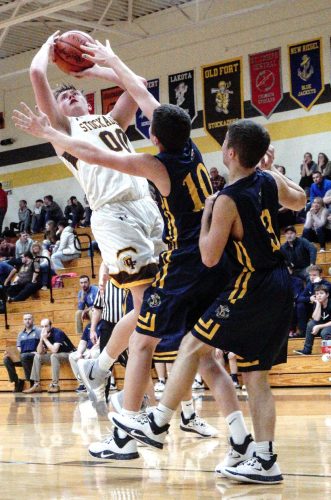 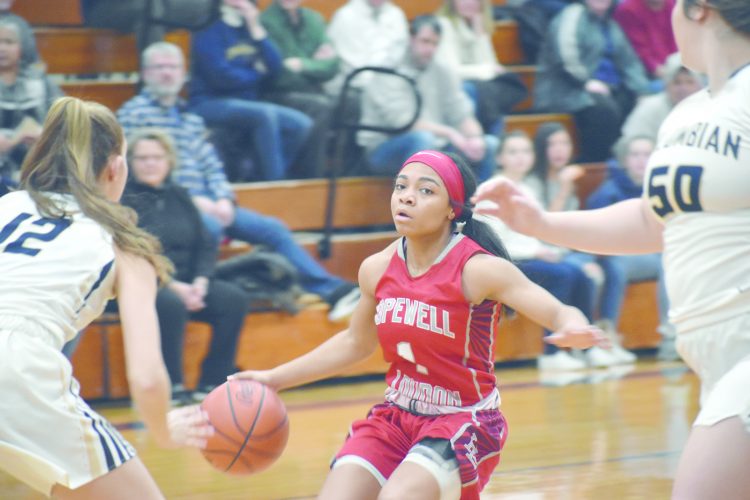 H-L moves to 12-0 in Woods’ return to Columbian