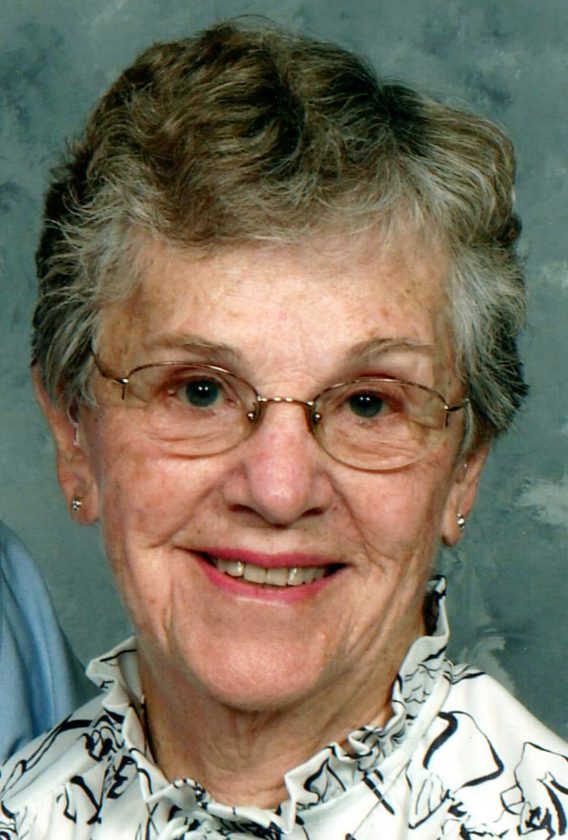 Donna was born Sept. 30, 1922, in Upper Sandusky, to Charles and Pearl (Schoenberger) Schwabel. She married Charles Robert “Bob” Gannon March 9, 1945, at Grace Lutheran Church, Fremont, and they would have celebrated their 75th anniversary this month. He preceded her in death Feb. 20, 2020.

After graduation, Donna worked at Neumeister’s Candy Shoppe, Upper Sandusky, and then she went to work at Wright Patterson Air Force Base. After that, Donna moved back to Upper Sandusky and, later, got married and worked with her husband, Bob, at Three Oaks Cafe. Donna was a member of Family of Faith Lutheran Church, and a 1941 graduate of Upper Sandusky High School. Donna enjoyed playing golf and started playing in the mid 1960’s and played until she was in her early 80’s. She even enjoyed watching the golf channel. She was active in the women’s golf league at Clinton Heights and even had a hole in one! Donna and her husband, Bob, also enjoyed wintering in Florida for many years.

Bob and Donna were the best parents that a person could have.

Donna was also preceded in death by her parents; a son, Dennis L. Gannon; a brother, Carl Schwabel; and a nephew, Robert Reiss.

There will be a memorial service for Donna at a later date. There will also be a burial for her and Bob at Fairmont Cemetery to follow. Engle-Shook Funeral Home & Crematory, Tiffin, is assisting the family with their arrangements.

Memorial contributions may be made to Heartland Hospice, Family of Faith Lutheran Church or to Seneca County Humane Society.