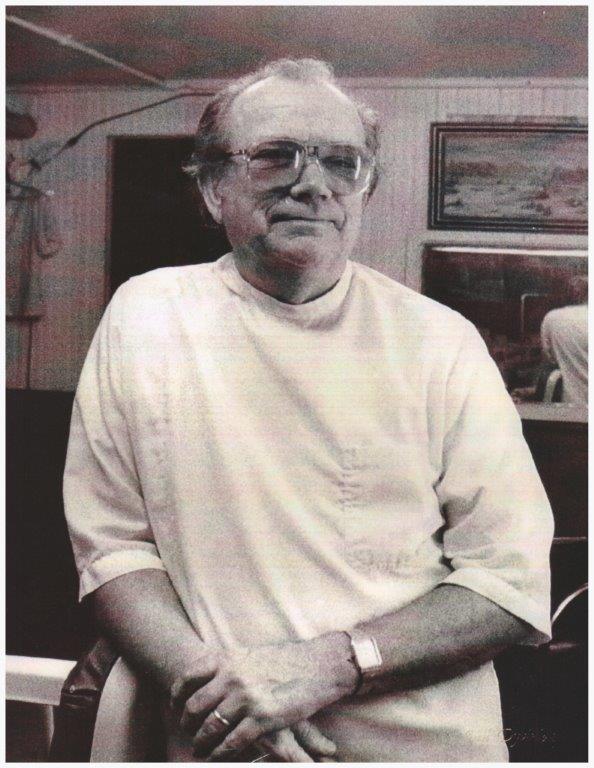 He was preceded in death by his parents; his wives, Naomi, Marguerite and Pearl; a son, David O’Donnell; and a sister, Zelda Bombarger.

John grew up during the depression era, raised by his maternal grandmother, Ella Von Blon and several other relatives. John graduated in 1940 from McCutchenville High School. He worked at Tiffin Art Metal Company until he was drafted into the U.S. Army in 1942, and served in the Philippines and Japan until 1946. Upon release from the Army, he attended Toledo Barber College and practiced barbering in McCutchenville until 1957, at which time he moved to Tiffin. He worked as a barber until 2007. For most of those years, his shop was located in the basement at 144 S. Washington St. He believed in Jesus Christ and was a member of Methodist Church of McCutchenville, Washington Street United Methodist Church, Trinity United Church of Christ, First Christian Church, was a member Faith United Methodist Church (formerly Ebenezer UMC) all of Tiffin. In each church he led Sunday School classes for different ages. He was also an avid participant in the Tiffin City Church Dartball League serving as past president, secretary, treasurer and organizer. He also played in several area Grange Dartball teams.

Memorial contributions may be made to St. Paul’s Sharing Kitchen, Salvation Army, or to a charity of the donor’s choice.

For out-of-town flower orders, or to offer condolences to the family, or to view the celebration of life video go to www.traunerofuneralhome.com