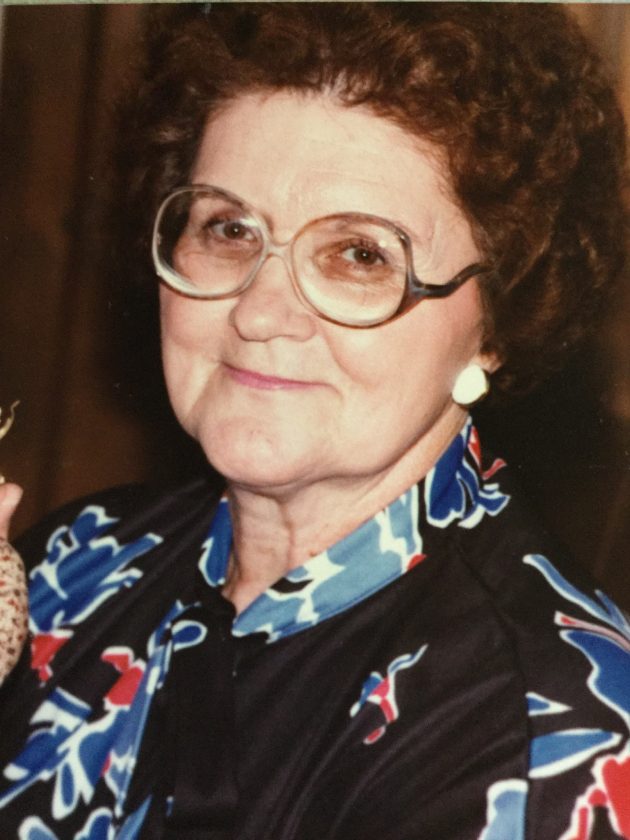 Gertrude Lucas, 95, peacefully passed away Wednesday, Nov. 27, 2019, at Birchaven Village, Findlay where she has resided for several years.

She was born Sept. 15, 1924, in Goppingen, Germany, to Wilhelm and Augustina (Pfaender) Drautz. She married William Lucas July 8, 1944, in Euclid and resided there until relocating to Tiffin in March, 1961.

She is survived by her children, Dr. Mary Haynes and Patricia (Robert) Kuhn both of Tiffin, Peggy (Robert) Myers of Aurora and William Lucas of Findlay. She was grandma to Julie Alford, Amy Morlock and Michael Haynes of Tiffin, Jennifer Haynes of Stow, Wendy Carey and Katie Connor both of Aurora. She also had 12 great-grandchildren.

Gertrude was preceded in death by her parents, and her husband on Sept. 5, 1999.

Her family sailed to the United States aboard the S.S. Dresden arriving at Ellis Island on Christmas Eve 1927. From there, they traveled by train to settle in San Francisco later returning east to the Cleveland area. Mrs. Lucas graduated as valedictorian of 1942 class at Shore High School in Euclid. She attended Bethany College where she was awarded a full academic scholarship, and began a career as society editor of the Collinwood Scoop newspaper in Cleveland. Mrs. Lucas had been employed by Kroger in Tiffin, and was a member of Eastern Star and St. Paul’s United Methodist Church.

Visitation for family and friends will be 9:30 a.m. Saturday, Dec. 7, 2019, until the time of the service Engle-Shook Funeral Home & Crematory in Tiffin.

Her memorial service for Gertrude will begin at 10:30 a.m. Saturday, at the funeral home with Chaplain Linda Davison officiating. Burial will follow in Greenlawn cemetery.

Memorial contributions may be made to St. Paul’s United Methodist Church or the charity of one’s choice.