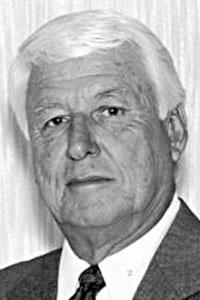 Robert served as an airman aviation radioman, second class, in the U.S. Navy during World War II. After serving in the Navy, he returned to Indiana and graduated with a bachelor’s degree from Indiana University in 1948. He co-founded Superior Distributing Co. Inc. in 1948, retiring in 1990. He was active in the Wholesale Beer and Wine Association of Ohio, serving as its president in 1983. Robert was a member of St. Joseph Catholic Church, a former Heidelberg University trustee and was active in various local organizations, including Serra Club, Knights of Columbus No. 608, Tiffin Elks Lodge No. 94 and American Legion Post No. 169.

Services, including a funeral Mass, will take place at a later date.

Memorial contributions may be made to Dan Klepper Memorial Scholarship in care of Tiffin Charitable Foundation, St. Joseph Catholic Church or to a charity of the donor’s choice.

Hoffmann-Gottfried-Mack Funeral Home & Crematory is assisting the family with arrangements.

Condolences may be sent and the guestbook signed at www.hgmackfuneral