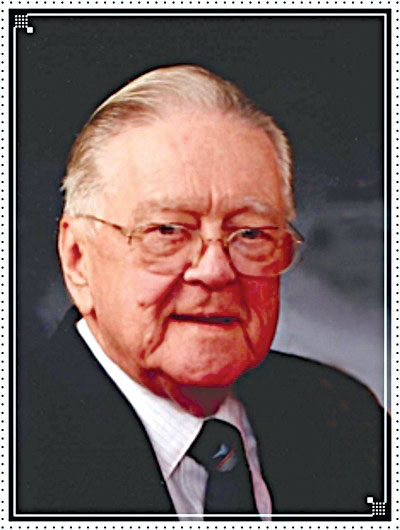 Marvin was born Dec. 5, 1929, in Perrysville, the son of the late Floyd C. and Cora (Gilmore) Cates. He was a 1948 graduate of Perrysville High School and a U.S. Navy veteran of the Korean Conflict. Marvin lived most of his life in Perrysville, but he lived 10 years in Tiffin while working for American Standard. He also worked 23 years at Borg-Warner Artesian in Mansfield, and a number of years at Mansfield Plumbing Products. He was a member of Perrysville United Methodist Church, American Legion Post 257, Tiffin Elks and Hanover Lodge No. 115 F&AM. Marvin enjoyed golfing but he really loved “telling stories.”

He is survived by his son and daughter-in-law, Jeffery and Sandy Cates of Perrysville; two daughters, Joretta Cates and Jan Cates, both of Loudonville; and two grandsons, Tyler and Justin Cates.

He also was preceded in death by his wife, Velma Zody Cates April 20, 2015; three brothers, John, Franklin “Hank” and Kenneth Cates; and a sister, Josephine Brown.

His funeral will begin at 2 p.m. Wednesday, June 20, 2018, at Lindsey Funeral Home, Loudonville, with the Rev. Carolyn Baker officiating. Burial, with military honors conducted by American Legion and VFW, will be at Greenlawn Cemetery, Perrysville.

Friends may call Tuesday evening from 6-8 p.m. at the funeral home.

Online condolences may be sent to the family by visiting www.byerly-lindsey.com.