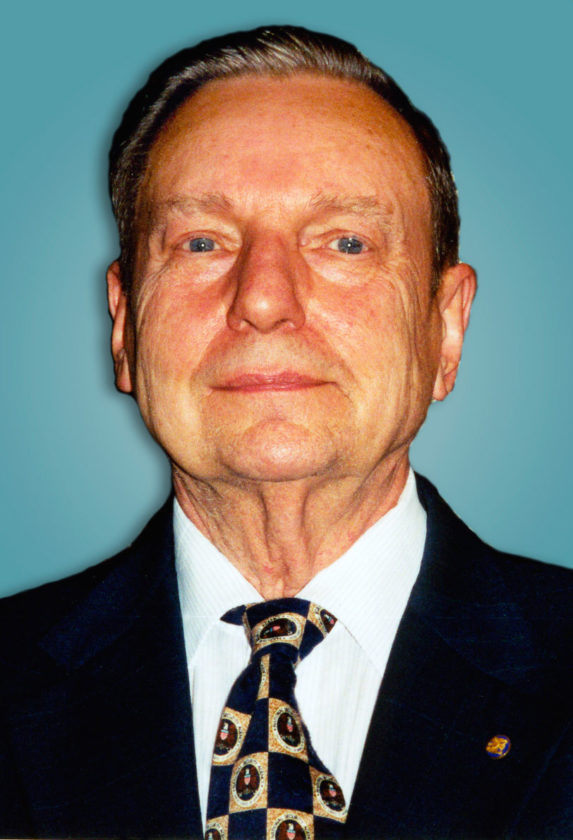 He was born June 14, 1924, in North Baltimore, to Carl and Flossie (Michener) Doyle. He married Lana (Starner) Doyle Aug. 10, 1946, and she died Feb. 2, 2012. Surviving are a granddaughter, Kathleen Shields of Canyon Lake, Texas, and a grandson, Joshua Benjamin of San Diego, California.

He was preceded in death by two daughters, Dr. Laurie Doyle and Nancy Shields; his wife; and parents.

Mahlon was a retired cryptographer for NSA. He invented various systems and technologies that advanced and revolutionized cryptography. He wrote hundreds of classified technical papers comprised of his research, design and analytic topics. He was promoted to supergrade status and was designated “chief cryptographer” in charge of his own team and was inducted into the Hall of Fame at the NSA’s Cryptographers Museum. He received the Exceptional Civilian Service Award from Vice Admiral Bobby Ray Inman, cited for his invaluable contributions in advancing the state of art communications security at NSA. As an inventor and analyst, he profoundly affected the design of modern cryptographic devices.

The funeral for Mahlon will begin at 11 a.m. Friday, March 10, 2017, at Walton-Moore Funeral Home, Sycamore, with the Rev. Matt Garrabrant officiating. Burial will follow in Benton Cemetery, Crawford County.