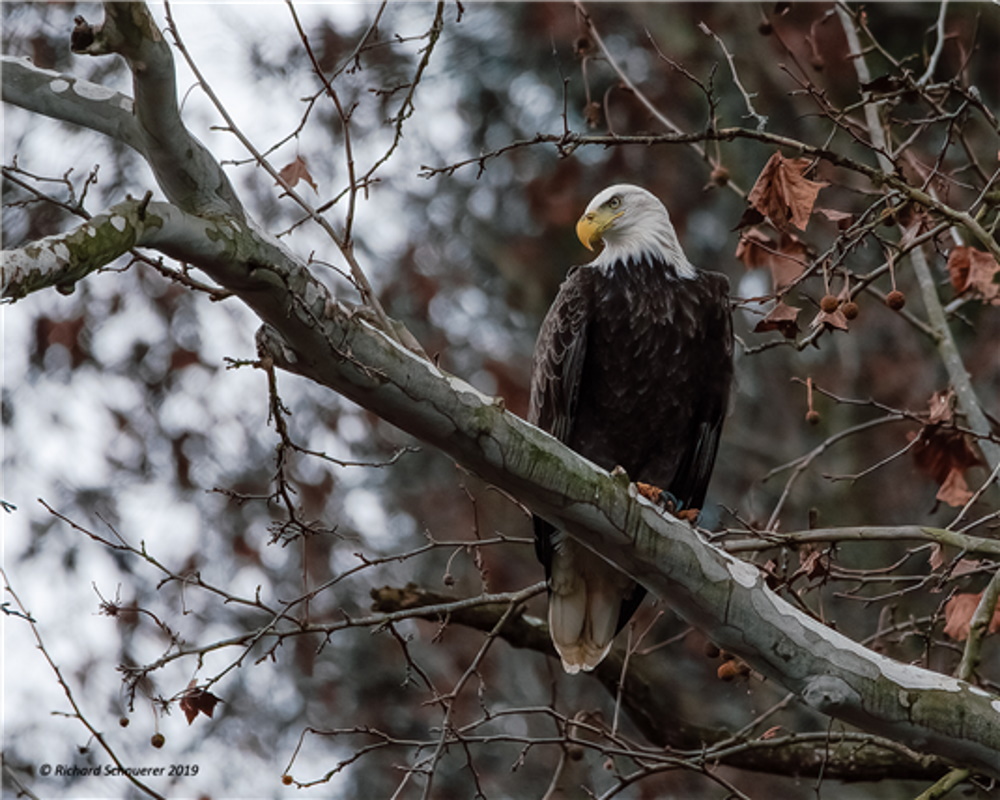 “I’ve actually found 22 nests,” he said. “Three of them are right outside the county. One in Huron County and two in Sandusky (County).”

Coffman said he counts a nest as active only if he sees an adult bird displaying activity that looks like he or she is sitting on eggs. Although he can’t see the eggs, he said he can tell through his scope if the birds look like their incubating.

“Some experienced nest watchers might have an idea of how to determine the number of eggs,” he said. If so, he said he would like to talk to them.

“I wouldn’t be surprised if there are a few nests I haven’t been able to locate because I can’t see them from the road,” he said.

However, he nests usually are easy to recognize because they’re larger than any other nest and he said eagles usually choose trees that are easy to get in and out of, either at the edge of a woods or a tree that is taller than the trees around it.

He said local most eagle nests are in sycamore trees, and in the last six years, the number of nests has grown.

Coffman said he started collecting information in mid-February when he heard about ODNR’s request for information about nests in each county.

During winter, Coffman said he and Steve Lauer, a member of the Toledo Naturalists Association, drove a 90-mile census route through the county to count raptors.

“We wanted to see how many raptors, or hawks, we could find,” he said.

They found 19 bald eagles on that trip, and half of those were juveniles. Juveniles are all brown and have not developed the white head and tail feathers they have when reach breeding maturity at age 3 or 4.

“We thought we didn’t see more adults because they were busy at the nests,” he said.

Shortly after that, Coffman said Rick Hassinger, wildlife technician at Seneca Conservation District, told him ODNR was asking people in each county to report eagle nests they found. He went online at wildohio.gov to fill out online forms to count the nests.

Since then, Coffman said an said he’s driven “quite a few” miles around the county checking on known nest from the past and finding new ones.

He said he’s seen signs that one of Seneca County’s first bald eagles nests – Knobby Nest in the Fort Seneca/Old Fort area – is showing signs that a pair might use it this year.

“It’s the first one I knew about in the county,” Coffman said. “It looks like there might be a pair contemplating using it.”

Bald eagles lay one to three eggs per nesting cycle, so if each next averages two eaglets, he said there would be almost 40 young birds fledging this spring.

“That’s 40 birds that eventually have to find a place to nest over time,” he said. However, he said only half of birds overall live through their first winter.

According to the Ohio History Central website (ohiohistorycentral.org/w/Bald_Eagle) of the Ohio History Connection, the bald eagle was chosen in 1782 as the emblem of the United States. It was chosen because of its longevity, strength and looks. The choice met some opposition. Ben Franklin felt the eagle was a predator and would be too aggressive a symbol. He thought the wild turkey would be a better choice.

The site said bald eagles were common when settlers arrived in the Ohio country. However, populations declined as large trees were cut in the 18th and 19th centuries to make way for farms.

In the mid-20th century, eagle populations were low and further declined because of pesticide use, especially DDT. The chemical affected their eggs, causing such thin shells that they easily broke and causing infertile eggs.

Bald eagles were officially declared an endangered species in 1967 throughout the United States.

In 1979, there were only for breeding pairs of bald eagles in Ohio, and ODNR began an extensive protection program of monitoring nests, protecting adult eagles and transplanting young eagles into nests. By 1988, numbers had increased to 12 pairs.

In 1995, the U.S. Fish and Wildlife Service downgraded the bald eagle in the Great Lakes region from its endangered status to list it as threatened. It remains listed as a state endangered species in Ohio, and continues to have the protections offered to it under the Federal Bald Eagle Protection Act of 1940, which protects it as the national symbol.

Since then, bald eagle numbers have continued to increase, although numbers have not been closely counted in recent years.

A 2013 report in The Advertiser-Tribune, said Seneca County hosted 10 or 11 nests, plus a few in Wyandot County near Seneca County.

Bald eagles now are in the middle of their reproductive cycle. The female lays one to three eggs between mid-February and late March. Both mated eagles spend time on the nest incubating and sharing the feeding responsibilities. Eggs incubate for 35 days, and are fed by the parents for 10-13 weeks before they fledge from the nest.

Coffman said he would like to have a complete list of Seneca County nests in 2020 by the end of March, which is the last day of ODNR’s count.

“Maybe there’s a few more nests that I haven’t been able to find,” he said. 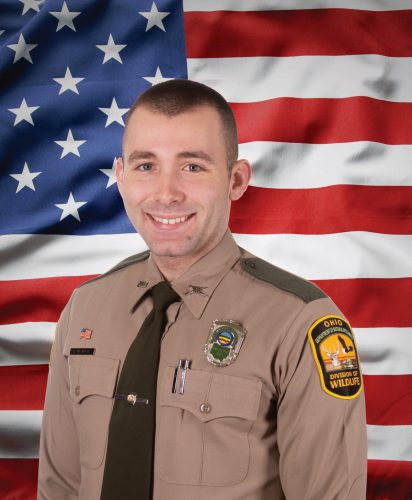