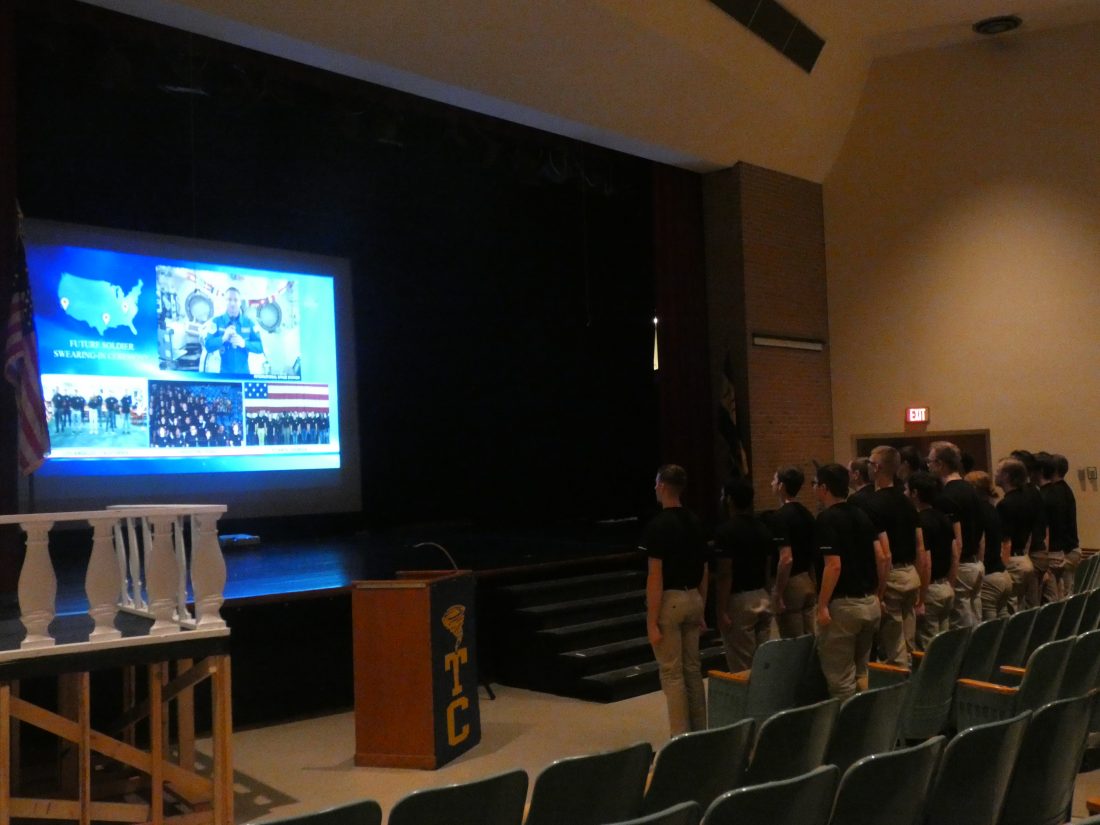 Twenty local youths from area high schools are pictured taking the oath of enlistment into the U.S. Army Wednesday afternoon at Tiffin Columbian High School. The oath was given by U.S. Army Col. and NASA astronaut Andrew Morgan from the International Space Station

Morgan is part of a crew of three on a nine month mission to the ISS. Morgan is serving with NASA astronauts Jessica Meir and Oleg Skripochka. Morgan served in the U.S. Army.

“I am here as a direct result of the opportunities I had in the U.S. Army,” Morgan said.

The event was the first ever, nationwide live oath enlistment ceremony from space. Columbian was one of 130 locations across the country with over 850 future soldiers participating in the ceremony.

“I am humbled to share this experience with you,” Morgan said.