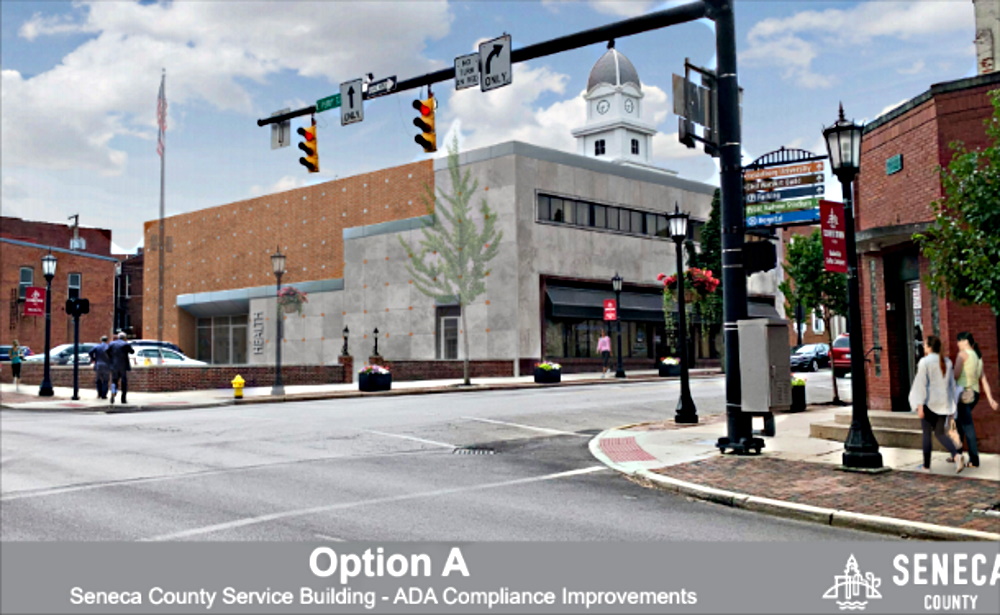 The wall has the only entrance to the health department through one small metal door, said Commissioner Shayne Thomas, and the entrance is not in compliance with the Americans with Disabilities Act.

“We have been looking for ways to improve it,” he said.

Commissioner Tony Paradiso said the project is the No. 1 priority of the county’s request for funds through the state capital improvement budget. The commissioners, along with the health district and the city of Tiffin, requested the funds and are expecting word on the funds request in March.

In the meantime, the commissioners had hired DLZ, a Columbus-area architecture, engineering and design firm, to provide some ideas on how improvements could be made. 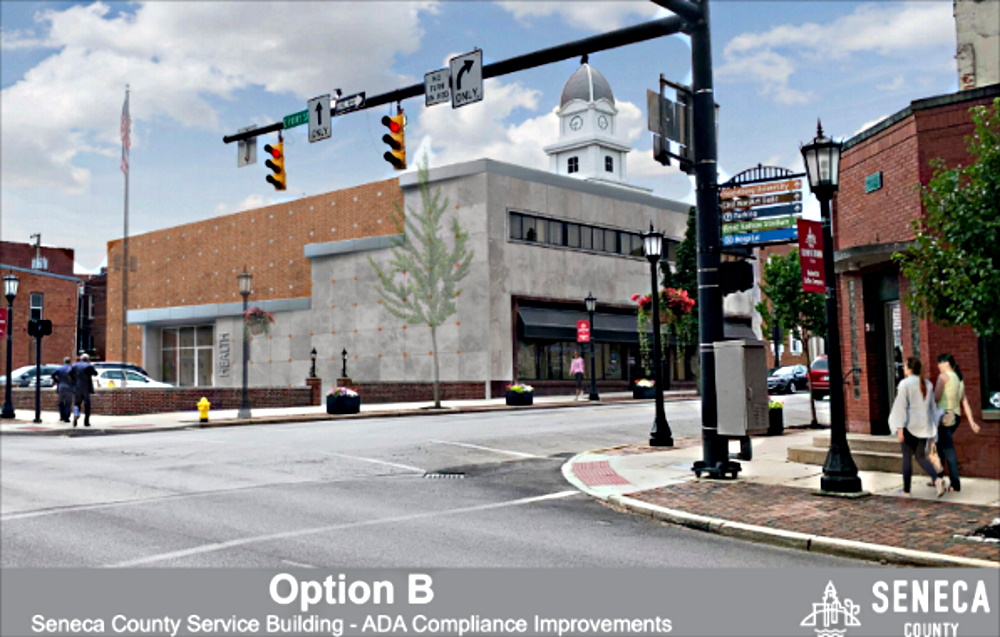 Thomas said the wall predates the Civil War and was the only part of an opera house left standing after a fire.

“They built another building using the wall,” he said. “It’s served us well, but it’s time to consider other options.”

The wall has decaying stucco and other structural issues.

Greg Galieti, director of architecture for DLZ, presented a PowerPoint with design concepts for the project estimated to cost $695,000.

“We had some fun working on this project,” he said. “It was intriguing right from the beginning.” 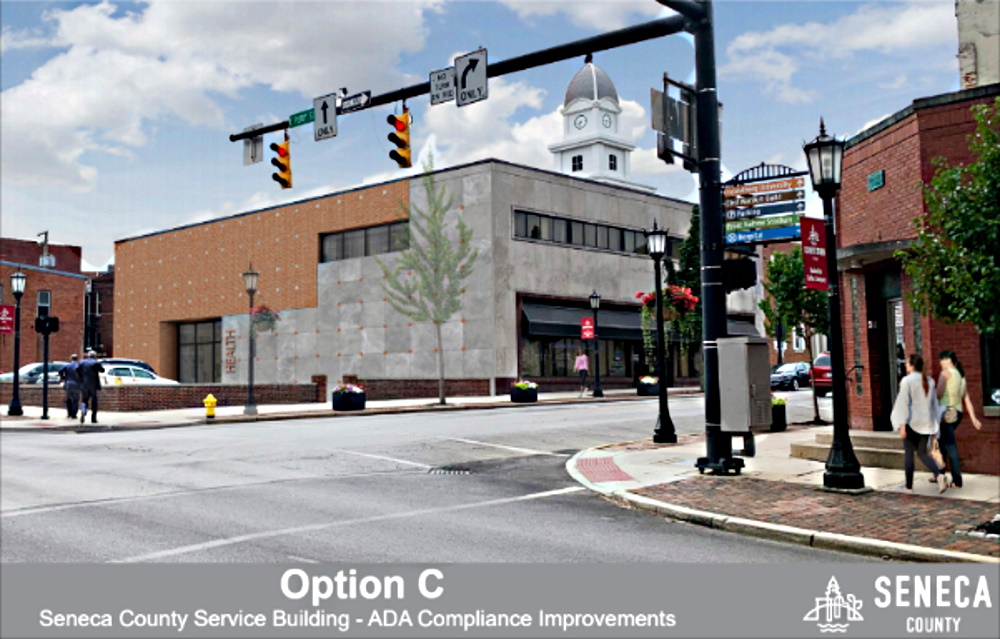 Galieti said designers looked at the history and the architecture of other buildings downtown before offering suggestions.

A new wall is planned to have a new footer, and a new double-door entrance would be added.

He suggested the 20 parking spaces remain as they are but the left side of the door area would have a new ramp system to allow ADA compliance.

Nick Dutro and Audrey Flood of TSEP suggested he meet with Tiffin’s Architectural Board of Review next. 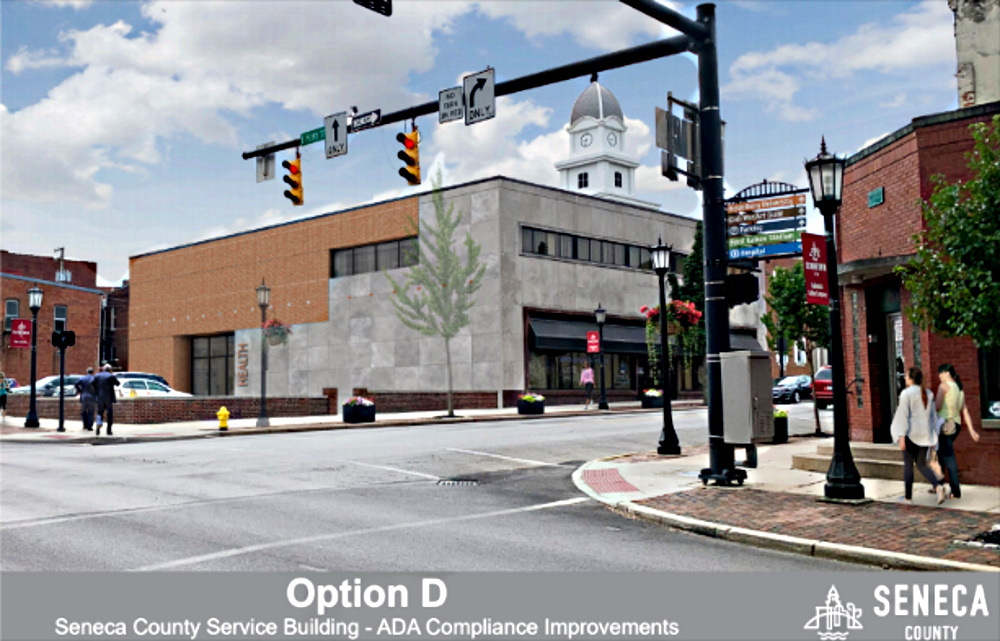