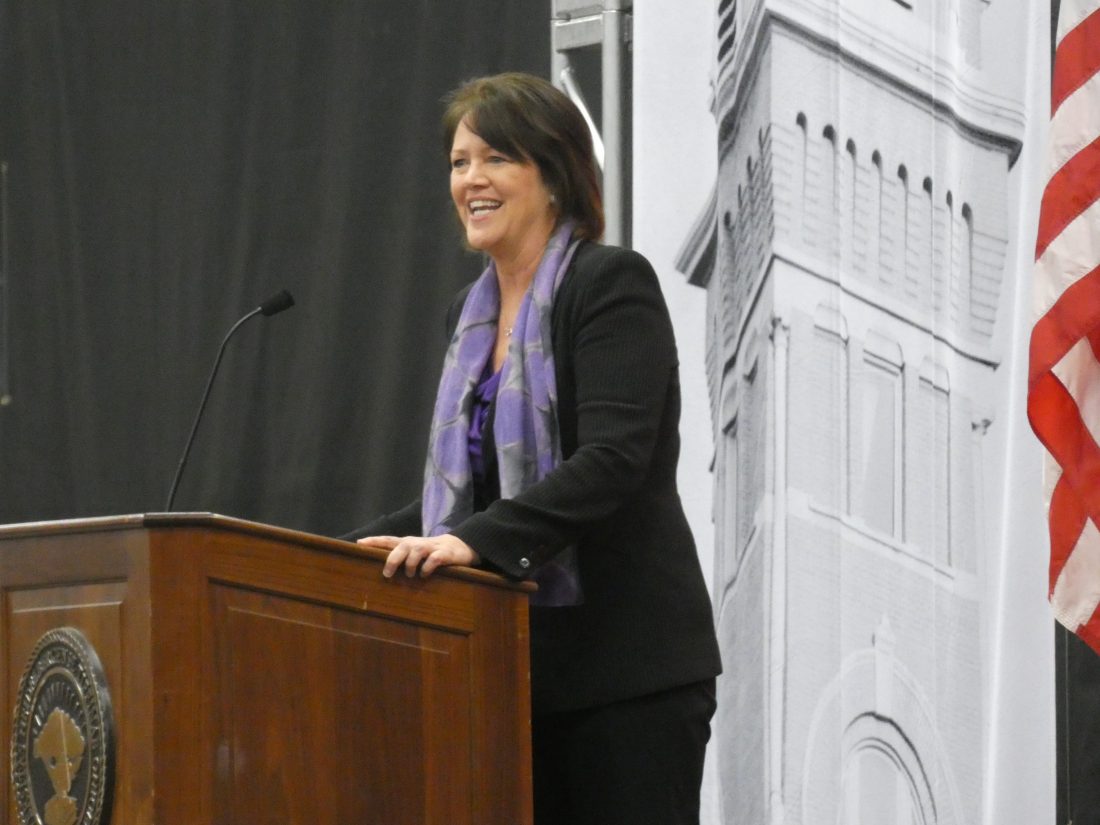 The importance of following your dreams, no matter who tries to tell you otherwise, was the topic of discussion Tuesday morning at the Heidelberg University HYPE Career Ready program.

Each presentation features a speaker who presents on topics such as collaboration, conflict management, work styles, job search skills, and for this presentation, communication.

For the fist 18 years of her life, Brennan grew up in Toledo. There she always had a passion for sports and wanted to play. Brennan said this was a time when girls were not allowed to play sports and were discouraged against sports.

Brennan’s father encouraged her to play sports and taught her the proper way to throw a ball.

“I never ‘threw like a girl’ because I was taught to play sports at a young age,” Brennan said.

“I’ve always loved to play and go to sporting events,” she said.

Brennan would even type up her own pre-game notes for games on TV.

When it came to decided what she wanted to do as a career, Brennan said she wanted to become a journalist, but a political writer.

“I realized that there was never anyone like me who was a sports writer,” Brennan said. “I didn’t see it so I never thought to become it.”

“Any of you who might have crazy or interesting dreams, I am here as the evidence as someone who’s living their dreams,” Brennan said. “Any dream is possible and nothing is ridiculous.”

Brennan said even if no one has done a dream or goal you’re aspiring to, follow your dream.

Brennan also credits Title IX. Title IX is a federal civil rights law passed as part of the Education Amendments of 1972. This law protects people from discrimination based on sex in education programs or activities that receive Federal financial assistance.

“Title IX changed the playing fields of American and lives,” Brennan said. “Going passed a field and seeing girls and women, we don’t give it a second thought today because of Title IX.”

During her talk, Brennan also reflected on working with Kobe Bryant, the L.A. Lakers basketball player who recently died in a helicopter crash with his daughter, Golfer Tiger Woods and the U.S. Women’s Soccer Team, both teams in 1999 and 2019 who won World Cup championships.

Brennan has been named one of the country’s top 10 sports columnists by the AP Sports Editors twice. She has covered 17 Olympic Games and was the first president of the Association for Women in Sports Media, started a scholarship-internship program that has supported more than 130 female students. and is the author of seven books.