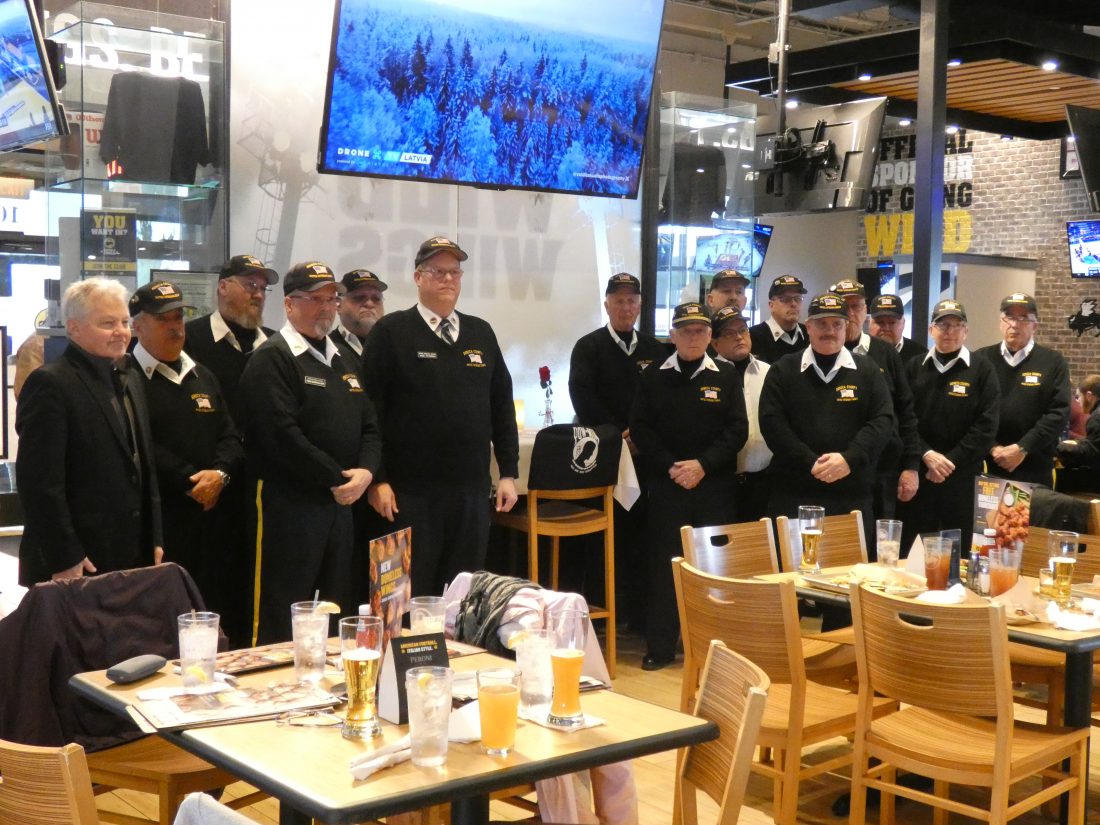 Amid the clatter of glasses and the low buzz of people speaking on dozens of TVs at once, a moment of reverence was observed Sunday afternoon at Buffalo Wild Wings, 100 S. Shaffer Park Dr.

At 1 p.m., the Seneca County United Veterans Council dedicated a table to the restaurant in honor of prisoners of war and veterans missing in action.

After an opening prayer given by a member of the Seneca County United Veterans Council, another member, Jody O’Millian, said a few words to explain the significance of the items on the table.

“The table is set for one, symbolizing the fact that members of our armed forces are missing from our ranks,” he said.

“We call them comrades,” he said. “They are unable to be with their loved ones and families, so we join together to pay humble tribute to them, and to bear witness to their continued absence.”

He went on to describe the meaning of the other items gathered on the table, which includes a single rose in a vase signifying the blood they may have shed in sacrifice, and a red ribbon wrapped around that vase, signifying an “unyielding determination, for a proper accounting or our comrades who are not among us.”

A small American flag also sits on the table, and a POW/MIA flag covers the back of the empty chair.

Mike Mastro, co-franchisee of the restaurant along with his wife Lori, said he was honored to have the Seneca County United Veterans Council dedicate the table Sunday.

“It’s a reminder of all the people who didn’t make it back from war, and a reminder of the struggles they’ve been through,” Mastro said.

“We truly thank the United Veterans Council for the tremendous honor of having the table here, and it’ll be a permanent part of Buffalo Wild Wings here in Tiffin,” he said.

“And nobody will ever sit at that table.”

Area citizens will have a chance to give to the Humane Society of Seneca County and listen to just about all of ...