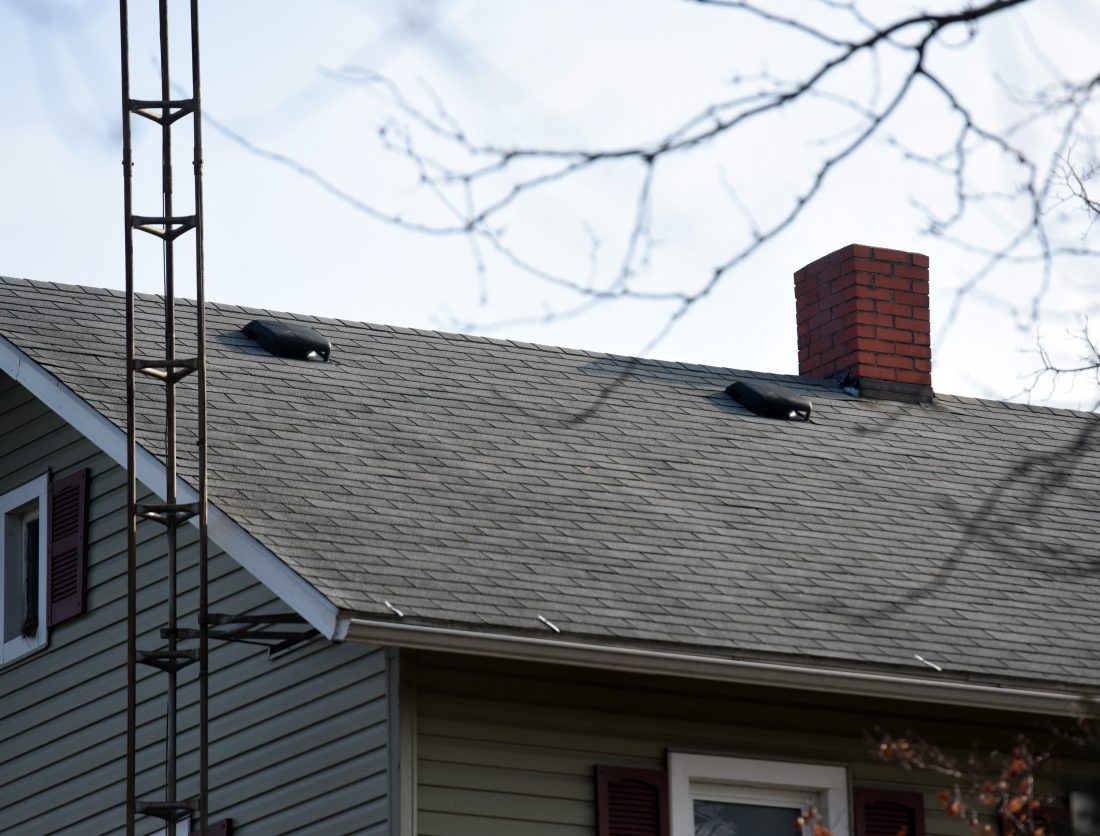 During a press conference on Tuesday, Port Clinton police chief Rob Hickman said Harley DillyÕs body was found in a chimney of a vacant home in the 500 block of Fulton Street Monday afternoon. Investigators believe Dilly climbed onto the roof via an antenna and tried to enter the home through the chimney.

PORT CLINTON — Harley Dilly died less than a block from where he lived, inside the chimney of a home across the street.

After being missing for 25 days, the 14-year-old boy’s remains were found early Tuesday by police, who tore out part of a fireplace to recover his body after finding his coat and glasses nearby.

“I want to thank the community for your patience and support,” Hickman said. “This is not the outcome anyone wanted, but thanks for your help and support. We have some closure for the family.”

Hickman said investigators found Harley’s body inside the chimney at the house at 507 Fulton St., which is situated diagonally across from his family’s home.

Police went there just after 4 p.m. Monday, he said. Hickman sent out a news release after 8 p.m. stating that Dilly, at that point, was still missing. A large crowd gathered in the area as investigators took pictures inside the home.

Police eventually located and removed Harley’s body from the chimney. Family members were notified at about 3 a.m. Tuesday that he was dead. His maroon puffy coat and glasses, which he was wearing when he was last seen, were found on the floor near the chimney’s flue in a fireplace on the second floor.

Hickman said Harley became trapped inside the chimney because it was blocked between the second and first floors. Hickman said foul play is not suspected and Harley’s death “appears to be an accident.”

An autopsy was being performed in Lucas County. The initial findings were released Tuesday afternoon by Ottawa County coroner Dan Cadigan.

“Cause of death of the young male in Port Clinton is compressive asphyxia,” Cadigan wrote. “Final identification is pending and final autopsy findings are awaiting toxicology. Manner of death appears to be accidental at this time but is awaiting completion of law enforcement investigation.”

Police had already looked at the home, which is a vacant summer home that was being renovated by its owners, who live in Avon, according to Hickman and data from the Ottawa County auditor.

Hickman said the home was looked at early in the search but investigators didn’t enter the home because it was locked. He said his investigators entered the home for the first time Monday. They went back, the chief said, because they were simply re-canvassing the area.

Hickman said nothing specific spurred police to re-check the home, and he became irritated when reporters asked him what prompted officers to enter it this time when they opted not to go in the first time they were there.

“We were re-canvassing the areas we’ve already searched and we noticed the house, everything was secured. We had no reason to believe anybody was in the house,” Hickman said. “There was no forced entry. It was deadbolted and locked. We had to get two keys to actually enter the house from the homeowner.”

Hickman also provided these details during the conference and when answering subsequent questions:

• Harley’s family contacted police about two days after he went missing. He was last seen Dec. 20.

• Police still believe a surveillance photo the chief posted at social media is an image of Harley Dilly. The photo was taken from a home in the same neighborhood where he lived, and where his body was found.

• Neither Harley’s family nor Harley had any relationship with the owners of the vacant home.

• Hickman said to his knowledge Harley had never been in the vacant home previously.

• The owners of the house did not visit it at any time while Dilly was missing.

• K-9 officers did search around the home early during the search for Harley.

Hickman did not comment on how Harley’s coat and glasses ended up on the second floor. He did not say how long Harley had been in the chimney and said he was waiting on the coroner to determine that.

Hickman thanked residents for their response assisting the search for Harley.

“You talk about people coming together in a time of need, that’s exactly what we saw throughout the community and beyond,” he said. “I now ask for the same compassion and support as family and friends begin to grieve.”

Area citizens will have a chance to give to the Humane Society of Seneca County and listen to just about all of ...