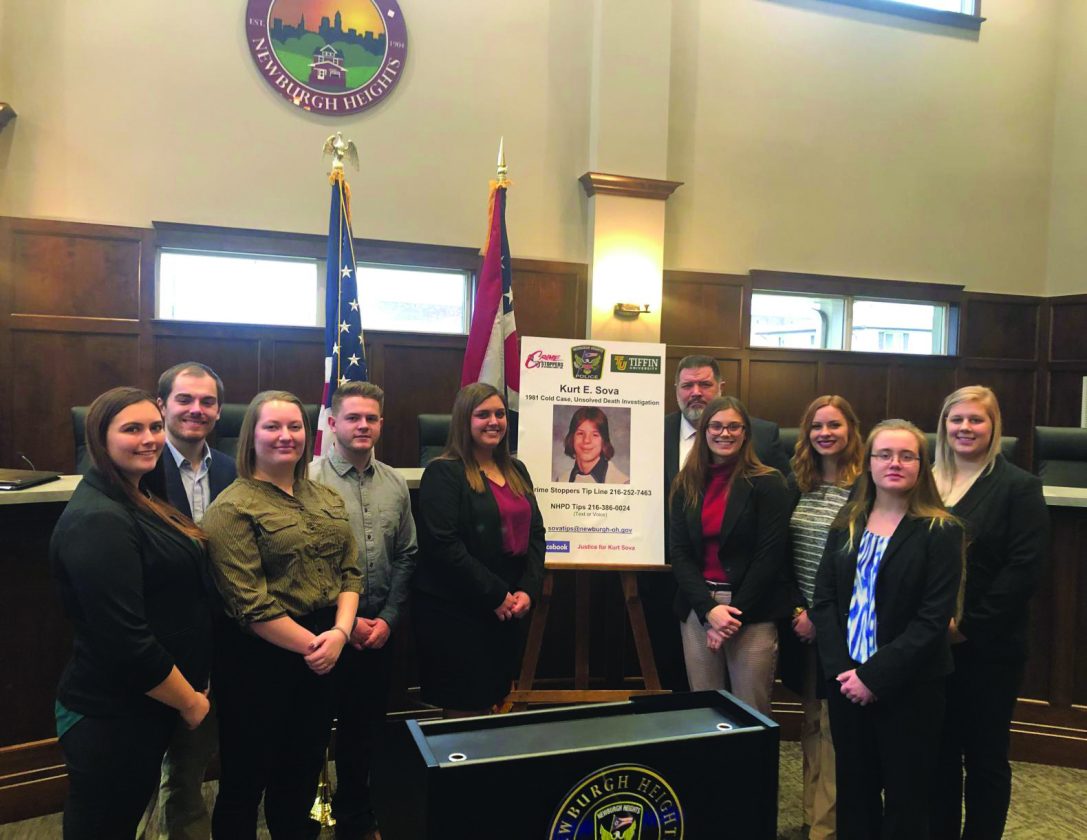 A group of 10 Tiffin University Criminal Justice students, along with their professor, are lending their time to help an Ohio police department with an unsolved death investigation.

Professor Michael Lewis, executive director of the Criminal Justice and Social Sciences Center for Experiential Learning at TU, had been asked two years ago by John Majoy, Chief of Police of the Newburgh Heights Police Department — and TU alum — to review the unsolved death case of 17-year-old Kurt Sova in 1981.

Lewis — who had been serving as an independent consultant to the case — said after reviewing the evidence and case documents he deemed the case solvable.

Sova’s case had also been featured on “Unsolved Mysteries” in 1988.

High school student, Sova, disappeared after he went to a party in Oct. 1981. Five days later his body was found in a ravine yards away from the party. According to reports, at the time the coroner could not determine his cause of death and there were no signs of foul play.

As the case continued to move forward, Lewis and Majoy decided due to lack of additional resources they would utilize TU students.

“Our thought process was to incorporate the brightest and best criminal justice and social science students to look at this case with a fresh set of eyes and a clear lens,” Lewis said.

The students will be working in their free time on the case for the next six months. During this time, they will be reviewing documents and evidence, along with monitoring social media pages dedicated to the case and tip lines set up.

“TU students were selected to review, analyze, interpret data and assist with the case,” Lewis said. “We feel that providing our students with real world opportunities and experiences they, along with their future employers, will benefit greatly.”

Dylan Smith — senior criminalistics, law enforcement and counter terrorism student — said he joined the group to not only help people and bring justice to the Sova family, but because the experience is something not many students get on other campuses.

The students urge anyone to help if they can by sharing on social media.

“It is our hope that the case can finally be solved and the loved ones can have a sense of closure,” Lewis said.