Commissioners get update on possibility of daily bus transportation in Tiffin 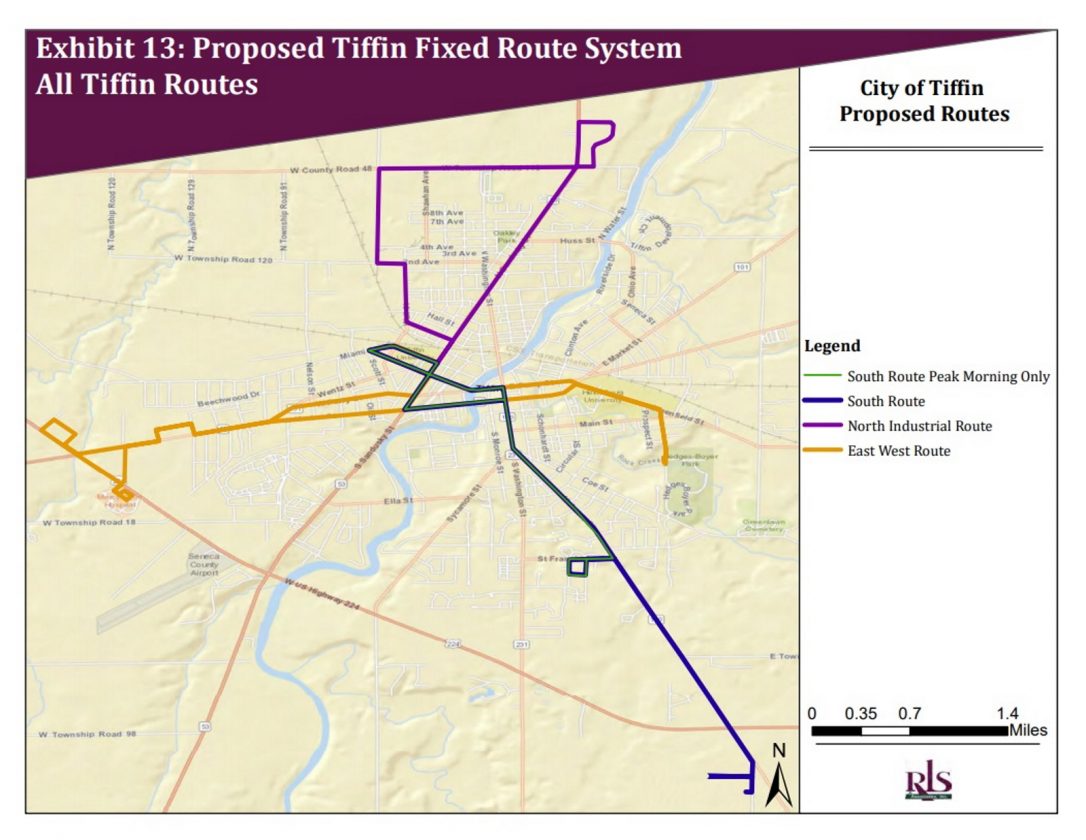 Maps provided from a presentation by Ray Boylston of RLS & Associates, a Dayton-area company working on a bus transportation plan for Tiffin.

Seneca County Commissioners got an overview Thursday on a plan for bus transportation in Tiffin through Seneca-Crawford Area Transportation that could begin next summer.

The plan is in its final stages, Ray Boylston, senior associate with RLS & Associates, told the commissioners. The Dayton-area company has been working on the plan for about a year for a joint committee that includes representatives from SCAT, the county, the city, Seneca Regional Planning Commission, Opportunity Center and Tiffin-Seneca Economic Partnership, plans to report to Tiffin city council Nov. 4.

After collecting data and resident opinions, Boylston said the company recommends “the spine of the system” would be an east-west route with Tiffin Community YMCA at Hedges-Boyer Park at one end point and Walmart and Mercy Health – Tiffin hospital at the other end. The route would go through downtown, and have transfer hubs downtown and at Tiffin University’s Heminger Center.

“There’s really an ideal place for a transfer hub at the Heminger Center,” Boylston said, and he said Tiffin University officials are open to using the Miami Street location as a stop.

At one end of the route, he the YMCA is ideal because there’s room for turning around and offers restrooms for drivers, and the downtown area has “pretty good coverage” with a stop within 1 1/2 blocks of most locations.

The main east-west route is to run every hour.

A “south route” would go from Tiffin University’s Heminger Center to the county services complex where offices such as Job and Family Services, Veterans Services and Opportunity Center are located. The south route also includes a loop through the St. Francis complex.

The third route would start at the Heminger Center and go north past many employers to Northstar and Eagle Rock industrial park area, operating during shift changes to accommodate workers.

The commissioners asked about residential areas and other areas where large numbers of people work as well as residents of other parts of the county.

Boylston said other stops could be added in the future.

In the meantime, he said SCAT’s demand-response system — as it operates currently — could continue to be used in areas where bus service isn’t offered, and it would likely become more efficient at reaching other parts of the county.

Among other considerations are naming the bus

service, providing bus stop signage, concrete pad work, and providing a phone app to allow people to know where the bus is located on its route.

In the area of branding and marketing, Boylston suggested the new bus route have a different look that the current SCAT demand-response service.

Commissioner Mike Kerschner asked who would be responsible for funding the bus system after the first few years, and Boylston said that question should be addressed by the advisory board before a decision is made.

In December 2018, the commissioners allocated about $5,000 to help fund the plan, partnering with other funding sources. The $30,000 cost is to be 90% reimbursed by state grants.

The plan is in its second phase. It follows a 2015 Heidelberg University study that examined the feasibility of a bus transit route in the county.

Also Thursday, Peter Pawlowski, vice president of wind for sPower, commented to the commissioners about an open house Wednesday evening regarding the refiling of the Seneca Wind project with the Ohio Power Siting Board.

“For the most part, the layout is similar and and application is expected to go in at the beginning of November,” he told the commissioners.

Pawlowski said sPower is required to file the application within 90 days of the informational open house.

Kerschner said a memorial plaque in honor of Jim Roberts is to be placed near the veterans memorial on Frost Parkway at 1 p.m. Nov. 10. He said county and city officials as well as representatives of veteran organizations plan to attend. Roberts, who recently died, was active in veterans affairs and served as a councilman on Tiffin City Council.

In other business, the commissioners:

• Were reminded about an off-site meeting at 7 p.m. Tuesday at 74 S. Marion St., Bloomville.

• Approved a $3,000 supplemental appropriation to the Justice and Mental Health Collaboration Program.

• Approved a $65,503.50 fund transfer to the Public Assistance Fund, part of the county’s annual assistance to Job & Family Services.

• Approved a $3,000 fund advance from the General Fund to the Justice and Mental Health Collaboration

• Agreed to sign and submit a grant application to the Ohio Department of Transportation for a 5% matching grant for the taxiway extension at Seneca County Airport.

• Approved an agreement with Soma Global for a new computer system on behalf of the Seneca County Sheriff’s Office.

The Green Springs Volunteer Fire Department will be hosting their monthly breakfast 7 a.m.-noon April 19 as ... 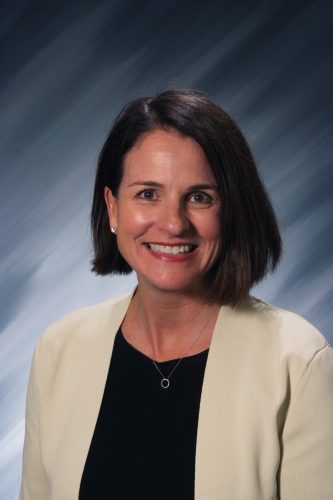