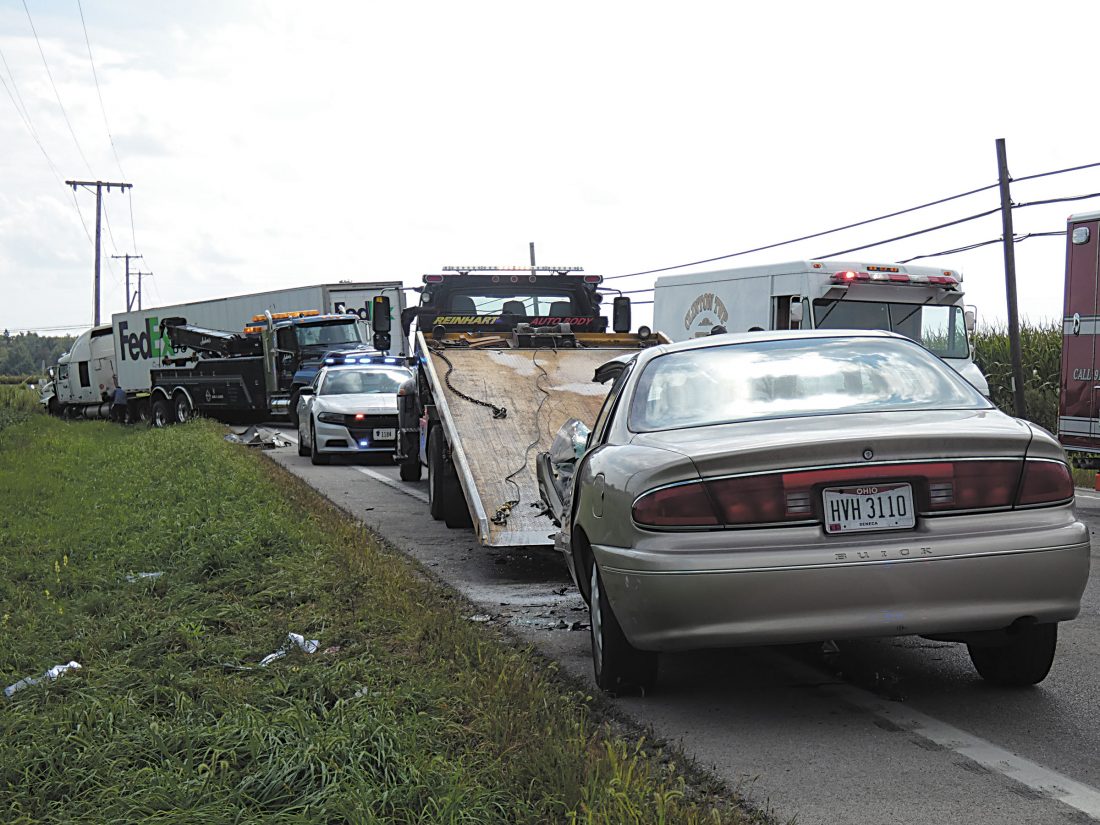 Drivers from Reinhart Auto Body and John's Welding & Towing work to remove two vehicles from the scene of an accident they were involved in on SR 53 near CR 38 Wednesday afternoon.

A Tiffin youth was transported by Life Flight to Mercy Health – St. Vincent Medical Center from the scene of an accident on SR 53 near CR 38 Wednesday afternoon.

Bailee E. Chaney, 17, was driving north on SR 53 in a Buick Century when she swatted at a bug in the car and went left of center, said Trooper Sean Williams of the Fremont post of State Highway Patrol.

Chaney’s car then struck a southbound FedEx semi-truck driven by Heather M. Tanner, 49, of Mansfield, and went off the right side of the road, Williams said.

Chaney was pinned in her car and was extricated by mechanical means, Sgt. Matt Davis of the Fremont Post of State Highway Patrol said.

Davis said Chaney was alert and speaking after she was removed from the car, but that he could not determine the severity of her injuries. Tanner’s truck hit a guide wire on the left side of the road, Davis said.

Both drivers were wearing seat belts at the time of the accident, Williams said.