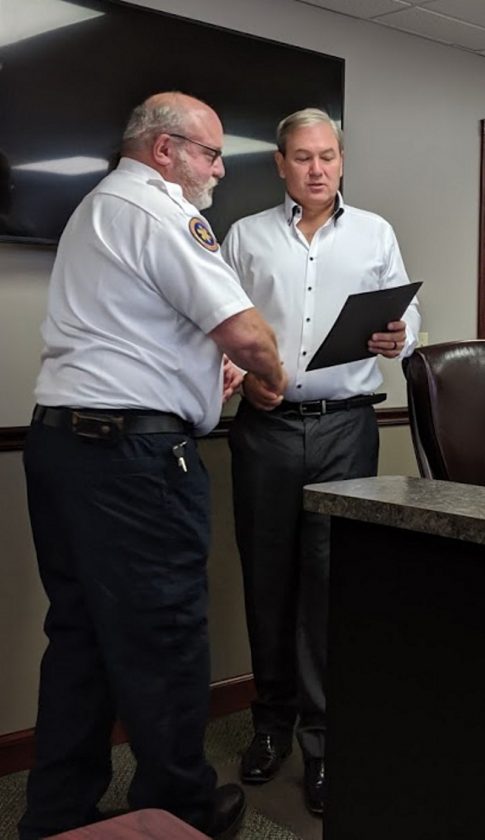 Majors said he’s been a medic for 30 years and a nurse for 20 years.

“Taking care of people is what I do,” he said. “I’ve been an EMT longer than that. I didn’t even know it has been that long until I got the letter in the mail.”

Majors said he became an EMT because it was required in his job in the 82nd Airborne Army Division.

Majors said he worked in cities large and small before moving to Seneca County in 1994.

He graduated with a nursing degree from Owens Community College and worked at Tiffin Fire Division. He then worked for Life Flight for 10 years.

“I’ve worked in ER’s to ICU’s to helicopter EMS,” he said. “It always led me right back to being a paramedic.”

Majors said he enjoys leading the volunteer system in Seneca County, but he sees a need for full-time emergency medical staffing in the near future.

“It’s an essential service,” he said. “We have a lot of volunteers manning a lot of squads. If we had full-time staff it would take less time (on calls) because they would be staffed.”

But, he said that sort of system costs money.