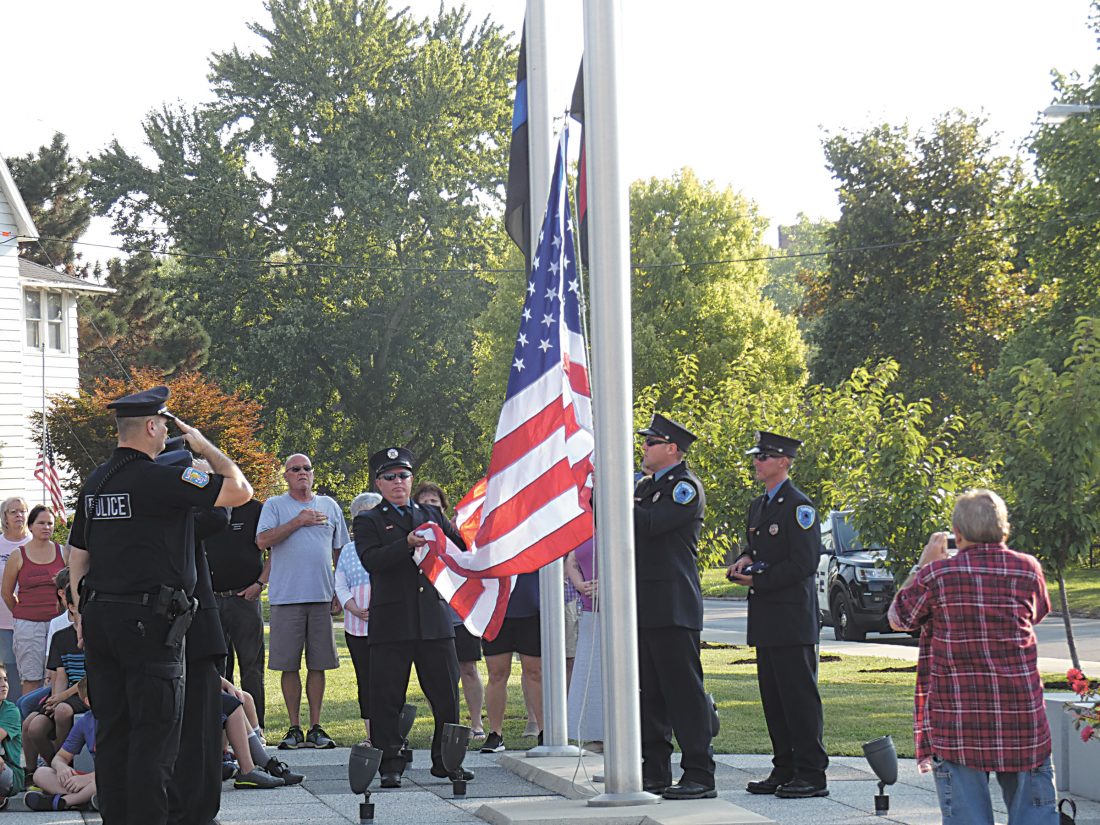 Tiffin Police and Fire Rescue Division personnel prepare to raise a flag at the Tiffin Police and Fire All Patriots Memorial at North Washington and Water streets Wednesday during a memorial service honoring people who died on Sept. 11, 2001. And, police and first responders salute the flag as it is unfolded to be raised. The memorial began at 8:46 a.m., the same time the first plane struck the north tower of the World Trade Center.