The cost per acre is less than land previously purchased for Tiffin Middle School.

TCS Board of Education approved the real estate purchase agreement with Feasel Land Co. Inc. during the July board meeting. The property is on SR 231.

In 2001, the district purchased 15 acres of land for $1.8 million for Tiffin Middle School.

“We spent a lot less than what people are thinking for a lot more land,” Superintendent Gary Barber said.

Barber and district operations director Scott Daniel said they have been continually looking at property. Five properties had been considered for the district’s elementary school building.

“This property (which is next to Carmie’s BBQ & Grill) is the one that made the most sense,” Barber said. “It has been difficult to find the amount of land we would need for this project within the city limits.”

With this land, Barber said the district can build the project it needs and have land to further develop in the future.

Barber said other properties may have cost less, but the selected property is appropriate for what the district needs. For example, Barber said the district’s goals are to have a parent pick-up and bus pick-up and drop-off that will be away from the road, which the land’s set backs would allow.

The district would not be eligible for state funding for five years, so the building process will be completed in a two-phase process.

The Expedited Local Partnership Program — a program through the Ohio Facilities Construction Commission — allows a school district that is estimated to be over two years away from eligibility for state assistance to receive a districtwide assessment and a master facilities plan.

The district will be able to keep its local share of 31% of every dollar and 69% funded from the state. Through the ELPP program, projects are funded fully by the school district. Districts can fund projects with a bond levy, permanent improvement levy, school district income tax or local donated contribution.

Barber said the district will have the opportunity to increase sufficiency for children and staff, save money, improve safety and have a building designed for a better learning environment.

The district should take advantage of the ELPP program, especially with rising construction costs — with interest rates and inflation.

“We have aging buildings, such as Noble, which has no air conditioning and will soon need a new boiler,” Barber said.

He said the district’s building staff has taken great care of the buildings, but they will not be a good return on investment for the district and its stakeholders.

In five years, the district then will seek funding from the state to build a new high school — which will be built in the space beside the current high school and where the Administration Building resides.

Barber said the district’s central offices will be relocated to the Lincoln building.

“The community recently invested in the building,” he said. “We didn’t want to overlook that.”

Lincoln also will be used by Heidelberg University education students and faculty and WSOS.

Barber said the district will be working on preparing for a bond issue, and with the board’s approval, to put a bond levy on the ballot for March 2020.

The district has plans to demolish its current elementary buildings — Lincoln excluded. The former junior high property is set to be auctioned this fall along with other parcels being sold to help fund the project. 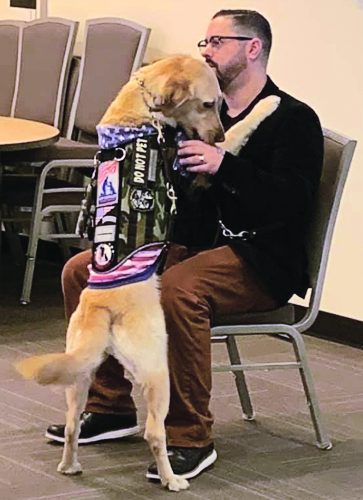 ONTARIO — The Ohio District 5 Area Agency on Aging, Inc. has funds available for necessary home repairs for those ...

ATTICA – Citations of unsafe vehicle and a marked lane violation were issued after an accident between a truck ...