The subject of potentially vacating CR 31 between TR 170 and TR 158 was introduced to the Seneca County commissioners Tuesday by Seneca County Engineer Mark Zimmerman.

He said Carmeuse Lime & Stone, of Bettsville, has purchased land on both sides of CR 31 and is thinking about requesting that the road be vacated to allow the company to dig through the road area.

Zimmerman said there’s a process for vacating a road that includes filing a formal petition, viewing the area and having a hearing.

However, he said before the company decides whether they want to file a petition, the engineer’s office would have to design a plan to route traffic around the area and take into account lots of variables.

Before he spends county money for the preliminary design, Zimmerman asked if the commissioners would consider the idea if the company files the petition.

“The segment of road has shown a steady increase in traffic for the last 20 years,” Zimmerman said. “It is a fairly busy section of road for Seneca County.”

The commissioners said there are many aspects to consider and would take more time than they had at a regular board session.

Zimmerman said he would meet with Liberty Township trustees and Bettsville officials about the project, and possibly set up a work session with the commissioners in the future.

“It’s been a rocky road over the last couple years with the loss of their executive director,” Beckett said.

But First Step is taking a new look at how to increase services.

“The bulk of our clients come from Seneca County,” Beckett said. First Step received about $10,000 a year from marriage license fees, which are designated for the shelter.

“All the shelters in the surrounding counties stay pretty full most of the time,” she said.

“We haven’t got enough staff and not enough beds to serve the people,” she said. “We could probably handle double the amount of people but we don’t have enough beds.”

Beckett said the shelter has applied for several large grants to assist with costs and rebuild the staff, and asked the commissioners for funds. They suggested the county’s public relations person could assist by getting the word out about the need for donations.

During a bid opening, one bid was received from Rush Bus Center, of Lima, which bid $96,272 for a 64-passenger bus for the Seneca County Opportunity Center. The bid also included alternate options.

$17,713 for salaries and benefits in the treasurer’s office, which was needed for additional staff.

$3,600 for an increase to the treasurer’s salary, as required by state law.

A $2,250 supplemental appropriation to the Public Assistance Fund for HSA.

Amending previous orders from January to designate Paradiso as an official representative and continue Thomas as alternate to vote at the annual meeting of the County Commissioners Association of Ohio.

An agreement for the Ohio Department of Rehabilitation and Correction Subsidy Grant for Justice Reinvestment and Incentive Grant funding. 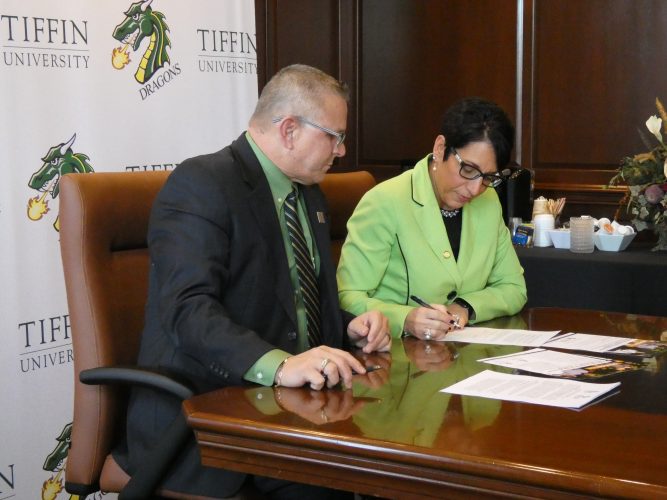