Here Come The Mummies return to the Ritz Saturday 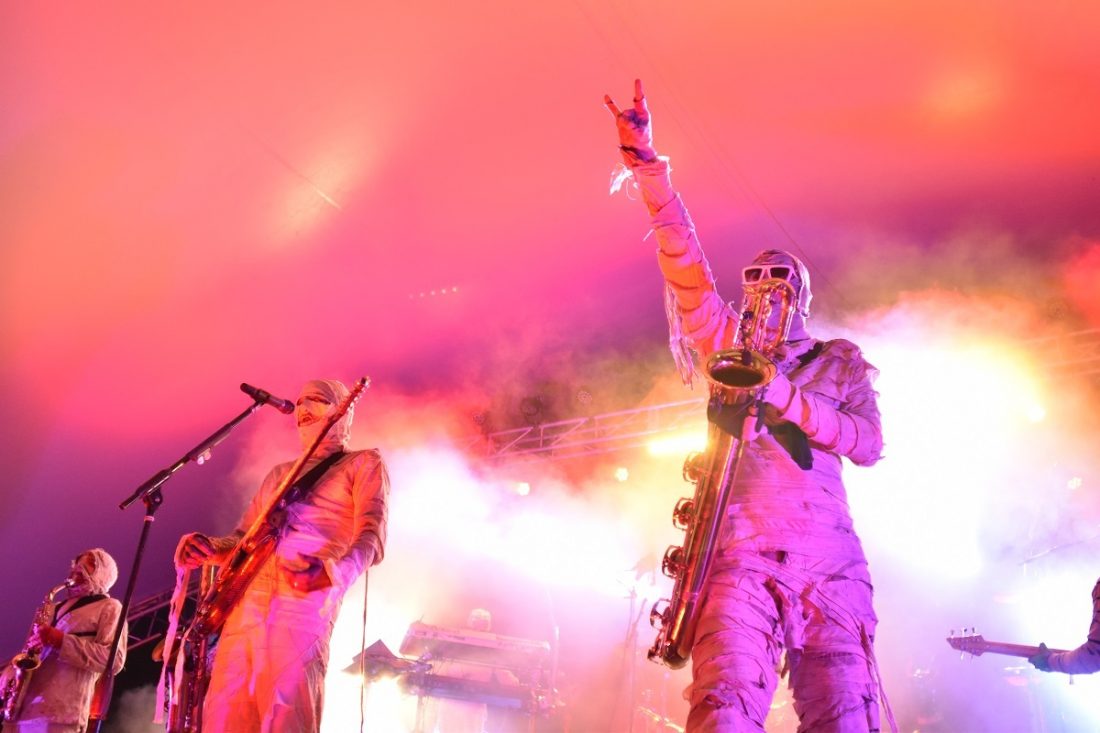 Here Come The Mummies are set to return to the Ritz 7:30 p.m. Saturday. Here Come the Mummies is an eight-piece funk-rock band of 5,000 year-old Egyptian Mummies with a one-track mind. Their “Terrifying Funk from Beyond the Grave” is sure to get you into them. Since their discovery HCTM has opened for P-Funk, Al Green, and Cheap Trick; rocked Super Bowl Village; become a regular on The Bob and Tom Show; played massive festivals like Summer Camp, Common Ground, Voodoo Fest, Musikfest, Summerfest and Riverbend; and sold tickets by the thousands across large swaths of North America. Some say they were cursed after seducing a great Pharaoh’s daughter. Others claim they are reincarnated Grammy-Winning studio musicians. Regardless, HCTM’s mysterious personas, cunning song-craft and unrelenting live show will bend your brain and melt your face.

This concert is sponsored by Old Fort Banking Company and Reineke Family Dealerships. The Ohio Arts Council helped fund this program or organization with state tax dollars to encourage economic growth, educational excellence and cultural enrichment for all Ohioans.