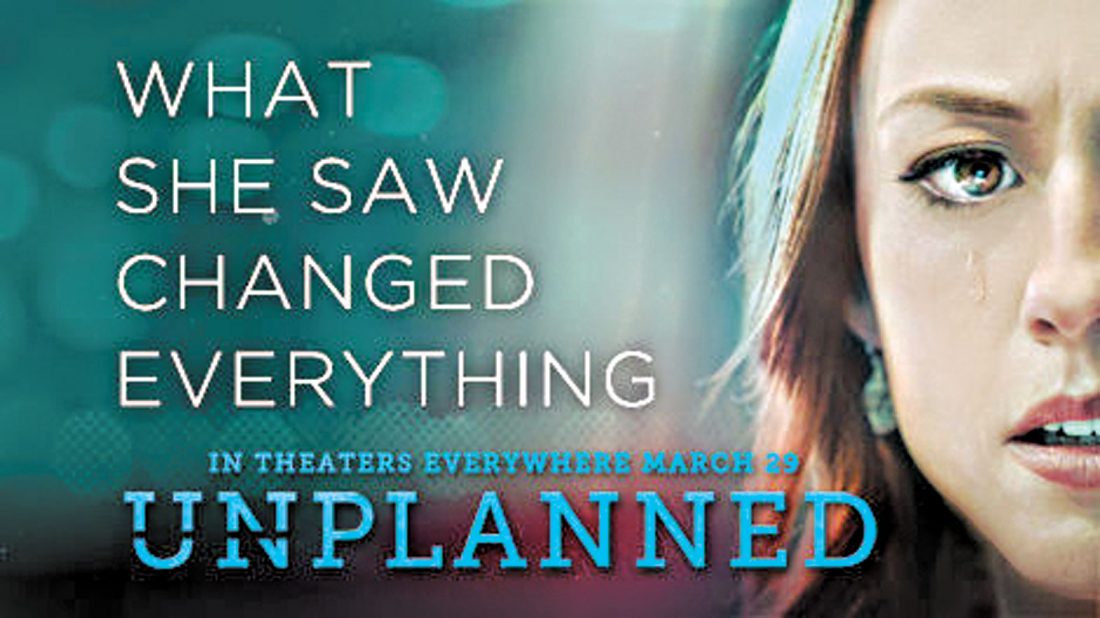 Three local groups have come together to bring a private screening of a film with a message of hope, grace and redemption to the Tiffin area.

Dan White, a member of the Tiffin Catholic Men’s Group and chancellor of the Knights of Columbus, first began the initiative around the first of the year.

White said he was doing some inspirational reading one morning when a banner ad came across the top of his screen about the film “Unplanned.” The movie is a true story about Abby Johnson who worked for eight years at Planned Parenthood when, one day, she saw something that changed everything, leading her to join her former enemies and become one of the most ardent pro-life speakers in America.

White said he then filled out a form to try to bring the film to a theater venue in Tiffin for a private event. He found out they were approved, and they soon had to acquire the tickets and get them sold.

The film is set to be screened Thursday and the film will be released nationwide Friday and will be shown in Findlay.

The Tiffin’s Catholic Men’s Group, Knights of Columbus and area Right to Life groups helped to donate the $3,000 to get the film to Tiffin.

White said they plan to continue to bring more films with strong messages to the area.

More about the film can be found at www.unplannedfilm.com.