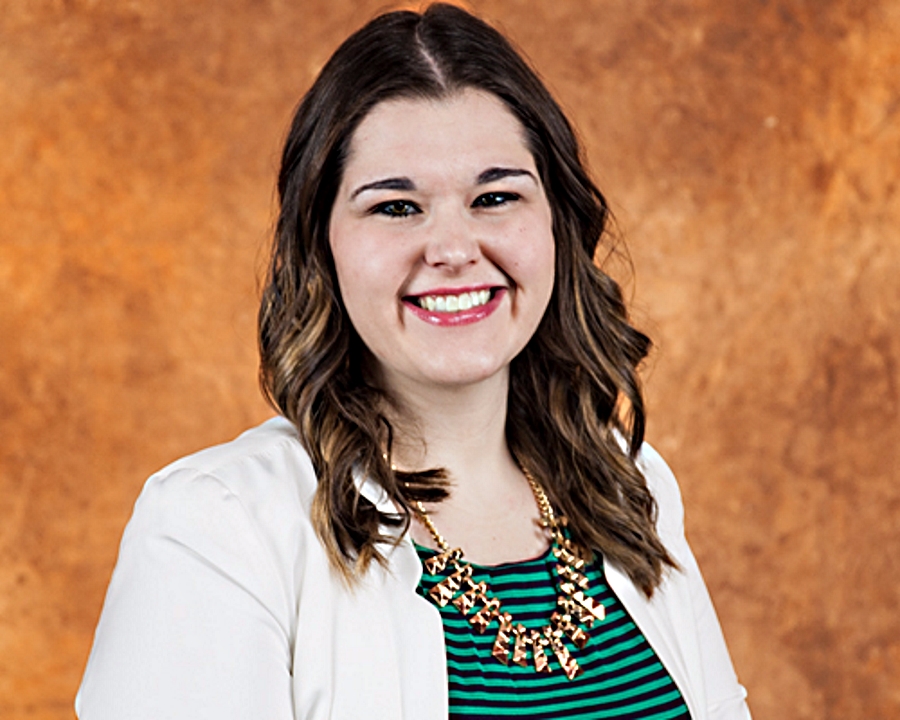 She started work Oct. 1 as Ohio State University Extension agricultural and natural resources educator, and since then has been settling into the community and learning how her office can complement the overall agriculture community.

“Lots of meeting and greeting,” she said. “Lots of getting to know the community, and getting through harvest and dealing with the weather.”

Budget cuts caused Seneca County to lose its Extension ag educator seven years ago. Because there was no one doing her job, Williams said other agencies have picked up some of the services the Extension office formerly provided.

“Now that we have one, it’s figuring out how we can support them and complement what they’re doing without duplicating services,” she said.

Williams is available to assist crop and livestock producers with general research-based information from Ohio State and to assist farmers with financial analysis. She also can assist in her specialty areas and put producers in touch with specialists when they need or want more specific information.

“Extension looks at itself as a team and a network of educators around the state,” she said. “Extension provides a lot of support and science-based research.”

She said the Extension team also extends beyond Ohio to other Extension programs at land-grant universities across the United States.

“I like working for Extension because there’s the support that’s there when it’s needed, but also the ability work with people one on one and in group settings,” she said. “It’s a really good model organization in how they work with individuals.”

During the first few months, Williams said she sees a need to educate producers about specialty crop ideas that can help farmers increase their incomes.

“Northwest Ohio has a lot of grain growers,” she said. “It’s important to help with that, and I think it’s important that producers have a means of diversifying their income.”

Profitability is necessary despite low crop prices to allow farms to be passed from one generation to the next, she said.

“The average farmer is 58 years old,” she said. “I think it’s really important that we’re providing the educational tools to keep those farms as farms.

“It’s extremely important not just to community but I feel to the American way of life,” she said. “We want to keep them in production for many years to come.”

She suggests farmers look at their specific interests and possibly find a way to make money with it.

“We want to provide what training they need and show them how to establish markets,” she said. “I’m really wanting to go to work on growing those areas.”

Education is not only for people working in agriculture, she said, but for the people in general.

For example, she said consumers need to know why food is safe and secure and how they can support local farmers by buying local food and buying niche products locally.

“It’s part of our heritage,” she said. “We are mostly all descendants of some type of farmers. And everybody’s involved because everybody eats.”

“Just out of college, I managed the largest farmers market in Oklahoma,” she said. Operated by Oklahoma State University in Oklahoma City, she said the area was a “food desert,” which refers to an area where people have limited access to food and groceries because of low incomes and limited transportation.

“We were located in a food desert and the farmers market did not accept food stamps at the time,” she said. “I was able to encourage SNAP spending, which helped consumers and producers.

“I did a lot of work to promote small niche markets,” she said. “It was a lot of fun. It was really, really great work.”

“Not only our growers, but our makers,” she said. “The bakers and the cottage food people. How can we support those businesses and help diversify agriculture as well.”

The Wood County native is a fifth-generation family farmer, and Williams said she’s also a second-generation agriculture educator. Her father, Dan Frobose, is a longtime Extension educator and livestock judging coach, and her mother, Vicki Frobose, is a veterinarian in Bowling Green.

She went on to graduate with a bachelor’s degree in animal science in May 2012 and a master’s degree in agricultural education in December 2017 from Oklahoma State University.

She moved back to Wood County in 2017 with her husband, Kyle, who is originally from Oklahoma, and they recently bought a farm near Wayne.

“We’re really excited to be here,” she said.

Because she grew up in farming, 4-H and FFA in the local area, Williams said she is looking forward to working with local farmers.

“Farmers are frugal and innovative,” she said. “We’re constantly trying to think of ways to do things more efficiently. How can we make the best better?”

Today, she said the answer for large and small farms seems to be income diversification through growing and selling niche crops and products.

“There’s so many opportunities for our growers to become involved,” she said. “I want to help them get connected with the resources they need to make their dreams come true.”