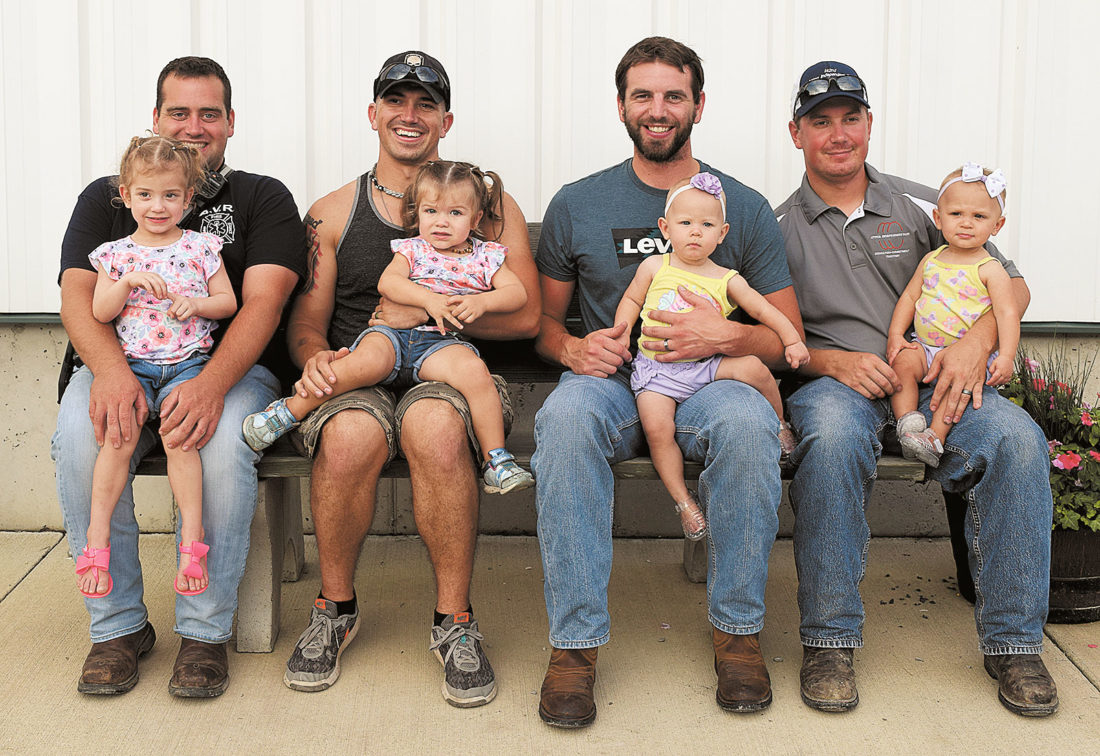 ATTICA – Attica Independent Fair was the site of a family reunion Friday.

The men never had brothers and only have sisters. And those with children all have daughters.

“They all have sisters. … Now, they all have girls,” said Barb Charlton, Snavely’s mother.

Charlton said they all are invited to each others’ birthday parties and life events and all have been asked to be in each others’ weddings.

And, anytime there is a wedding, they would take a family photograph.

Schaffer, who is in the U.S. Army and lives in North Carolina, said he gets back once or twice a year. He said his daughters consider his friends uncles, and the men’s wives are aunts as well.

Schaffer has plans to begin the return to North Carolina Monday morning.