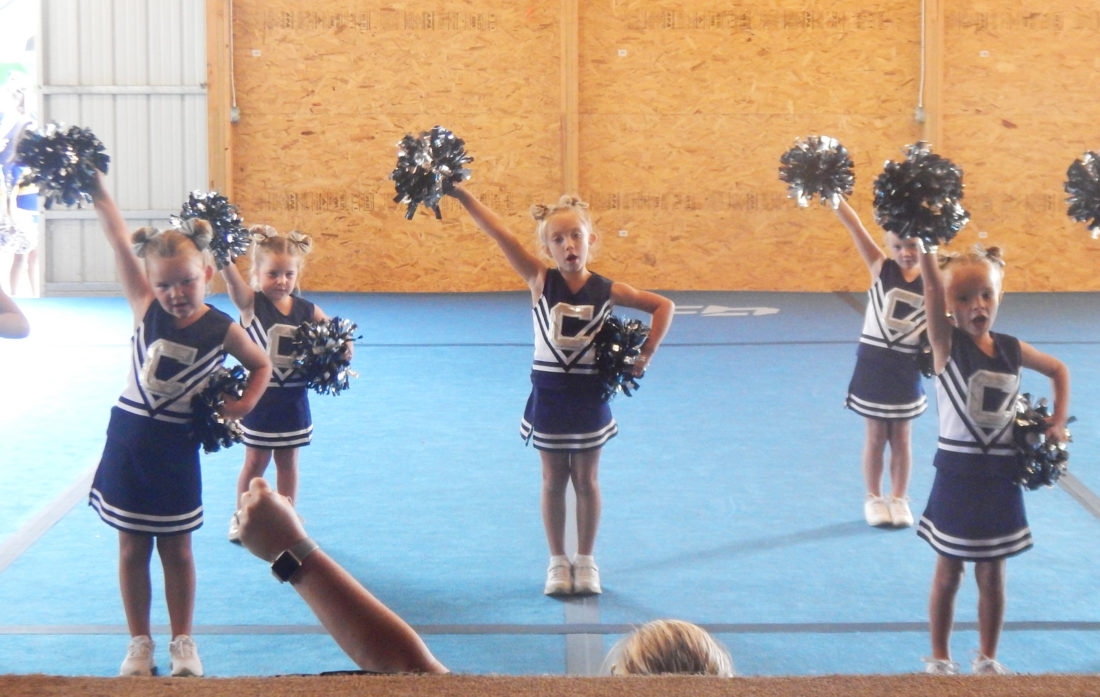 Coaches for the Tiffin squad are Jami Hepp, Kacie Kihorany and Jessica Martin. 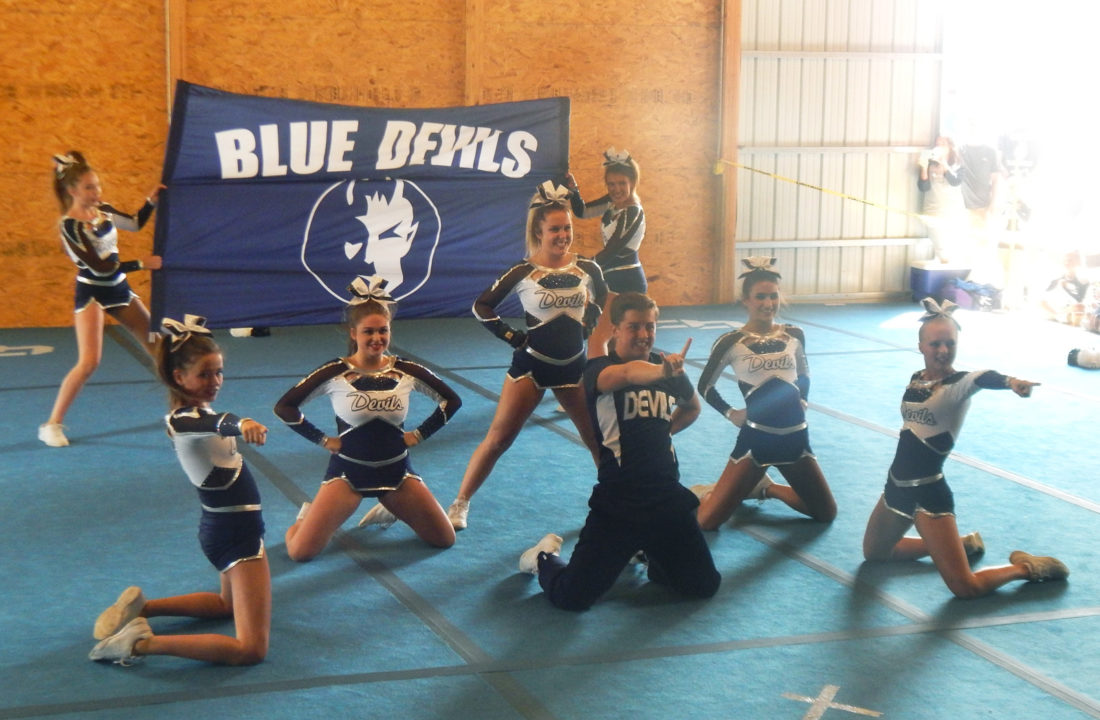 “I just told them to focus on what they could control and to do their best,” she said.

Hepp said this is only the second competition for the squad and they have only had seven practices.

“It has been a lot to put together and we are very proud of them,” she said.

Seventh-graders Salah Price and Lexi Blodgett are on the Tiffin squad.

“I did not expect to get first,” Blodgett said.

Price said this competition went better. In their first contest, the music cut out in the middle of their performance.

Blodgett said she enjoys the thrill and adrenaline of competition.

“You are nervous before you go out but then you end up killing it,” she said.

The competition was judged by Savanna Root, Abbi Morvill and Dawn Heffner.

Morvill said as a judge, she was looking at jumps, tumbling and execution.

She said the execution and spirit of Tiffin’s and Carey’s squads earned them top spots in the competition.