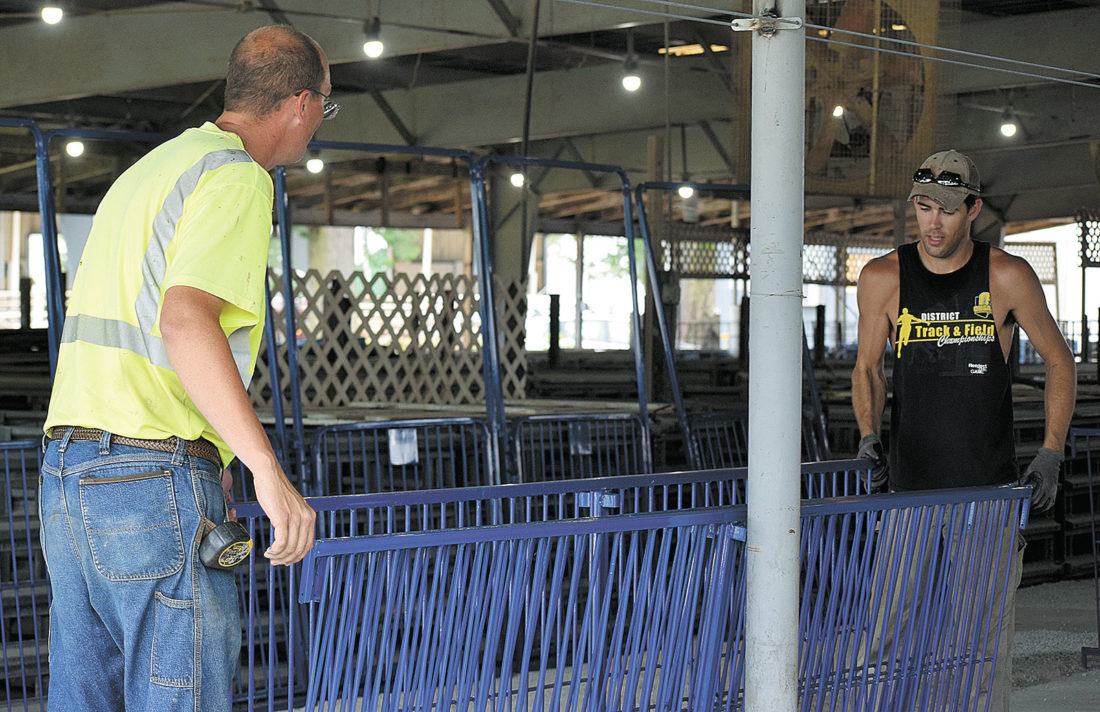 A row of new, bright blue pens down the middle of the swine barn at Seneca County Fair is a remembrance of treasured members of the fair lost during the past year.

Then, another tragedy occurred with the death of Brady Scherger, 10, of Alvada, who died March 5 at Mercy Health – Tiffin Hospital.

Memorial donations were made to the fair in memory of the Raineys and Scherger. They had been involved in the fair’s swine department and the donations funded the new pens in their memory.

Anna Gilliland, a family member of the Raineys, explained Remembrance Row during a barn meeting Sunday.

Gilliland said that while there are tragic events in the world every day, when one is raised in a place like the fair, with a fair family like the one that exists, weeks like the fair week won’t be the same without those who were lost.

The Raineys and Scherger loved the fair and put countless hours of hard work into their swine projects, she said.

“And we hope that the same spirit of dedication that they had can be felt as you walk down Remembrance Row,” she said.

Gilliland said it would be a difficult week for those who were fortunate to know the Raineys and Scherger.

“But in the challenging moments, rest assured that our loved ones would want us to enjoy this week to the fullest,” she said. “They are not forgotten.”