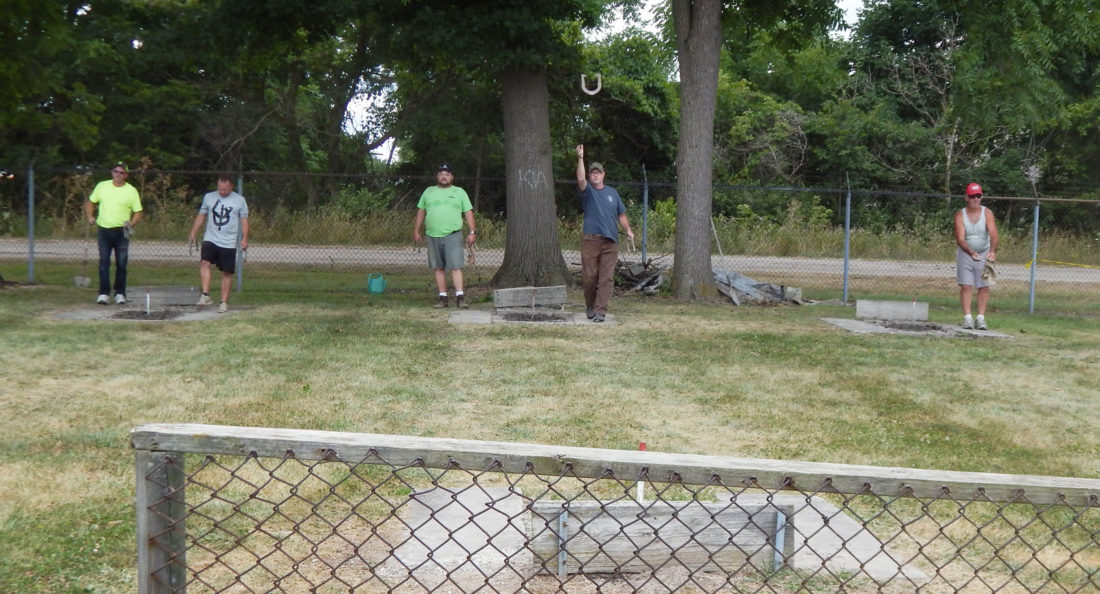 Rex McKnight, of Fremont, said he started playing horseshoes 12 to 15 years ago and has enjoyed it. He said it was something he just got into and liked.

“It’s just something I do more or less for fun,” McKnight said. “You get to meet a lot of different people.”

Bill King, of Attica, said he has been playing horseshoes for about 40 years and he “just took it up.” He said he is a member of the Fremont Horseshoe League and the Sycamore Horseshoe League.

“(Horseshoes) is a sport and it is fun when you get a close game,” King said.

He said the sport is losing people to old age and nobody is taking it up.

“I wish more people would take it up — it’s a dying sport,” King said.

Ken Ries, of Bellevue, said he started throwing with his family at reunions and has done it for about 40 years. He said the fun and fellowship make it great and he gets to meet good people. Ries said people who don’t know what horseshoes is or don’t play are missing out on an excellent sport.

“There’s iPads and cellphones now, but life is a different perspective than what it was years ago,” he said. “Part of life is just how you grow up and what you learn to do.”

Ries said horseshoes has been around a long time and it is important to get the youth into it.

One youth who took up the sport is A.J. Kelser, 11, of Fremont. He said his grandpa got him into the sport and he enjoys it.

He said he plays with the Fremont Eagles and in the Fremont Fair League and this is his second year playing.

Kelser said his strategy is “just concentrate” and he also said he “practices a lot.”

Bobbi Jo Steinmetz, who helps run the tournament with her husband and his uncle, said at least 12 people competed Saturday and the first- and second-place winners were to receive plaques.

Doubles-Horseshoe Pitching starts at 10 a.m. today and there are to be two classes, she said.