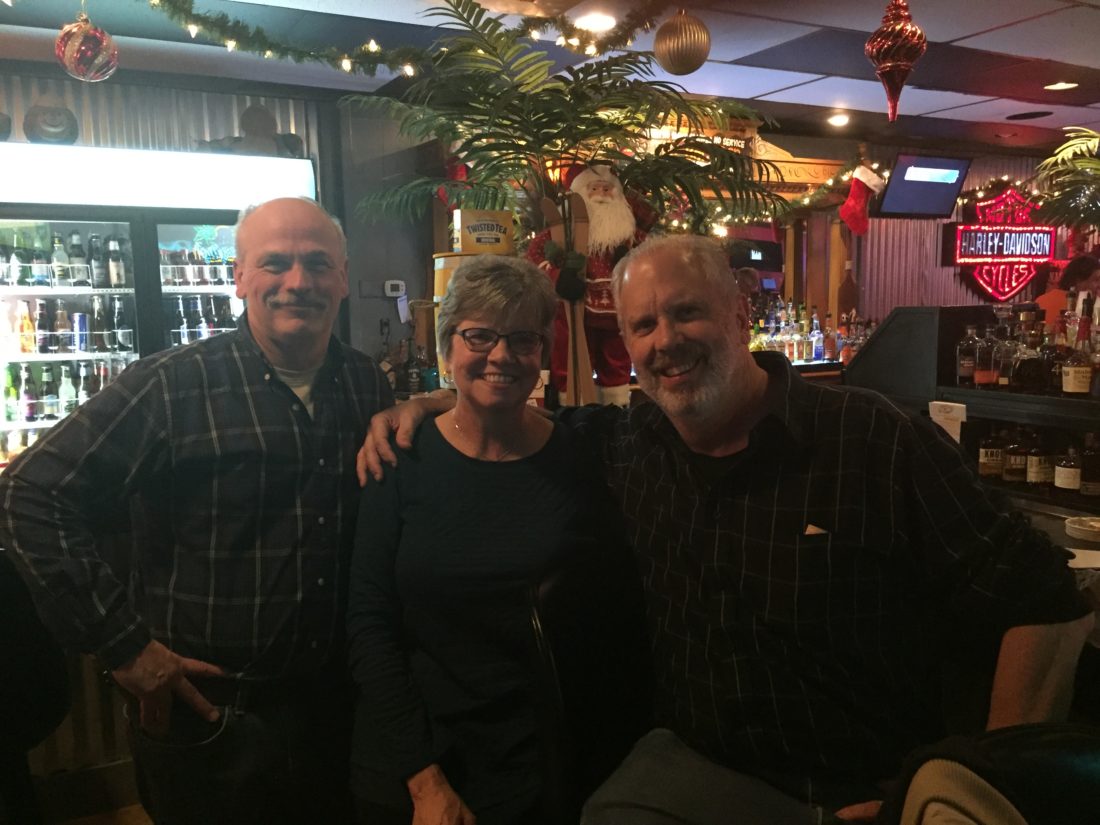 There was a company party in honor of Benz’s retirement at Coco’s Sports Bar on Sandusky Street, Thursday night. Many of Benz’s coworkers came out for the event.

Benz discussed his history with the company Thursday. “It was 29 years ago when I moved to Tiffin to start Seneca Medical,” he said. “I must’ve been one of the few people to move to Tiffin for a job back then, but I’ve enjoyed my time there.”

At the party, Benz’s coworkers shared stories of his welcoming nature and the family feeling that Benz promoted at the company.

Barb Bruns, longtime employee of Seneca Medical and Concordance, related one such story: “When I interviewed with Roger, I wasn’t even sure I was looking for a job at the time,” Bruns said. “But as soon as I met Roger and the others, I knew this was a place I wanted to work at, and I’ve never regretted that decision.”

Bruns went on to say that she always appreciated the family-first culture at the company.

“Family comes first at Concordance. And when that’s the understanding, then you are definitely more dedicated at work as a result,” she said.

Lisa Hohman was appointed the new CEO of Concordance Healthcare Solutions upon Benz’s retirement. Hohman, who also was present at Benz’s retirement party, agreed with her coworkers’ sentiments about Benz’s celebration of the people-first atmosphere at the company.

“Roger was instrumental in building the culture at the company, based on a commitment to the employees,” Hohman said. “If there’s anything he should be known for, it should be that relationship with the employees, which was not superficial, and the fact that he was not above doing any job,” she added.

Hohman related stories about Benz’s relatable approach to being the CEO of a major medical supply company.

“He would fix the copying machine,” Hohman said. “He bought the coffee for us up until the day he retired.”

When asked what he’ll do in his retirement, Benz said that he’s ready to focus on being a grandfather.

“I’ve got two little grandkids, boys, coming up now, they’re a year and a year and a half old, so I’d like to spend more time with them,” Benz said.

And as for why he decided to retire this month?

“I thought the goal was to get out before I got too old to get out,” Benz joked.

Showing support for the front line

A meeting of the Ottawa Sandusky Seneca Solid Waste District’s board of directors is to take place at 8:30 a.m. ...

A Helena man went to Mercy Health — St. Vincent Medical Center after his truck struck a ditch and tree on TR 36 ...

Times have gotten tougher for an increasing number of people during the coronavirus pandemic. But several ...