Nike’s recent advertising campaign featuring ex-NFL player Colin Kaepernick is the latest and most visible example of a new trend in business. In the past few years, businesses and in some cases their CEOs have taken stands on political issues. Kaepernick was the first NFL player to kneel during the playing of the national anthem before a game in 2016.

Three days before the start of this year’s pro football season, the athletic shoe and sportswear company aired its first ad in a campaign featuring Kaepernick and other athletes Nike has featured over the past 30 years. As might be expected, those who do not like Kaepernick’s position revolted against the decision, with some burning their Nike apparel or cutting the Nike Swoosh out of their Nike products.

So why would a successful company like Nike make a decision that it knew would raise the ire of a certain number of consumers? The short answer is Nike doesn’t care about those who do not like its decision.

Kellie McGilvray, associate professor of marketing at Tiffin University, said most consumers do not feel they have to relate to the political stance of the company in order to purchase from it. “People will still buy Nike because it is fashionable, they like the quality of the brand or they might be loyal customers.”

Taking a political position as Nike did is part of a trend in which more businesses are participating. It is doing this because its target customers want it to.

Recent polls showed that as many as two-thirds of consumers said they want the companies with which they do business to take positions on what they see as important political issues. Seventy-eight percent of young, liberal urban-dwelling consumers are very concerned about this issue. Activism is a factor in their purchasing decisions.

Some have pointed out Nike does not actually believe in social causes, according to Salil Khetani, assistant professor of marketing at Heidelberg University, “otherwise it would not outsource its manufacturing to countries that have almost non-existent labor laws and child laborers.” The campaign has created a phenomenal buzz that probably was Nike’s intention.

Nike’s target market for this campaign appears to be these younger, more liberal consumers living in urban areas. Just 38 percent of millennials believe that NFL players are wrong for kneeling during the national anthem. Sports industry analyst Matt Powell said, “Old, angry white guys are not a core demographic for Nike.” Nike’s target market likes that these ads are aggravating older consumers.

This, of course flies, in the face of traditional marketing wisdom that keeps companies and their brands away from controversial issues. This clearly no longer is the case for the companies that have taken sides on these sometimes controversial issues. Because this type of activism is new, there is no long-term research that shows if it works.

Nike will be the test case. Its stock price has been increasing after taking about a 5-percent hit on the first day after its Kaepernick ads took to the airways. Only time will tell if these approaches by Nike and others will work.

“Nike is most likely indifferent about the short-term backlash because the profits will have a much bigger impact from the supporters as opposed to the protesters” McGilvray added.

Perry Haan is professor of marketing and entrepreneurship at Tiffin University. He can be reached at (419) 618-2867. 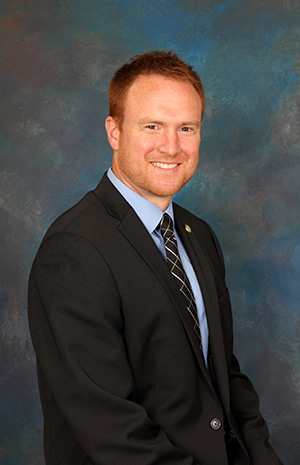