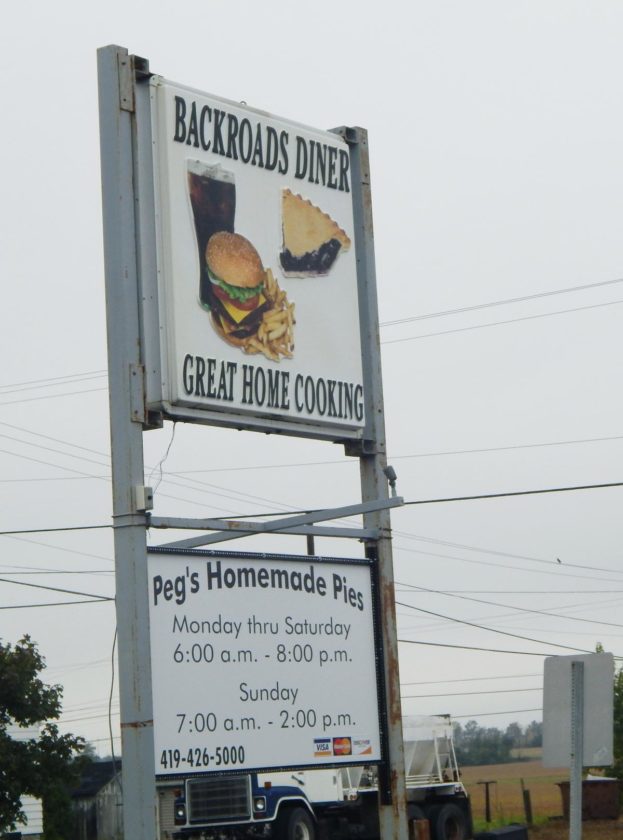 ATTICA — For the past 20 years, running her restaurant has been a way of life for Peg Carrick.

She said she opened the business in Bloomville about 20 years ago and moved to Attica five years ago.

Carrick said the location is larger and better.

“There’s a party room and a larger kitchen here, so that’s nice,” she said.

Carrick credited her family for helping her run a successful business for so long, including credit to her late mother, Mildred Swope-Schoen, for a lot of the recipes.

“The pie crust is definitely hers,” she said, adding that with six kids, Swope-Schoen had plenty of practice preparing meals. “She was a good cook.”

Carrick said she appreciates the work of her employees and she singled out Carol Wertz, who has been with her for most of the ride.

“I think my mom sent her to me from heaven,” she said as she tried to fight back tears. “She’s awesome.”

Carrick also said her background working in restaurants prepared her for the challenge of opening her own.

She said she employs about 17 people, many of them part-time.

Kelsey Ralston said she has been a waitress at the diner for about four years.

“I love Peg, she’s very good at her job,” Ralston said. “She is always here.”

Carrick is committed to connecting with her staff and making sure tasks are completed as needed.

“I am here every single day unless I’m sick, sick,” she said. “We close a few days, Christmas and a couple holidays. But, pretty much every day I’m here.”

Carrick gets help from her husband, but she believes it is important to be at the diner daily.

“This is my life,” she said. “It’s very important to be here on a regular basis.”

Carrick said most items on the menu are made from scratch and prepped daily.

“It’s a lot of work, but it’s all worth it when people say they love the food,” she said. “It’s definitely home cooking. People like that.”

Carrick said she believes the keys to success are a good product at a reasonable cost, a supportive community and good service.

“We have good and efficient waitresses,” she said.

Ralston said good service is why customers come back.

“We never take ourselves too seriously,” she said. “The customer is always right, your job is to make them happy. We have good food and the atmosphere is always fun and friendly.”

“From day one, I tried to make sure customers are first,” she said. “The customer has to be first.”

Carrick said she tries to make changes without changing the fabric of what makes Backroads Diner what it is.

“We are open to new ideas, but we still keep old standbys,” she said. “We want to get people to try something different.”

Carrick said pies may be what the diner is known for. She said the coconut cream, peach, apple, chocolate-peanut butter and peach-blueberry pies are the most popular.

“All of the hard work is worth it when someone says the food was great or the pie was awesome,” she said.