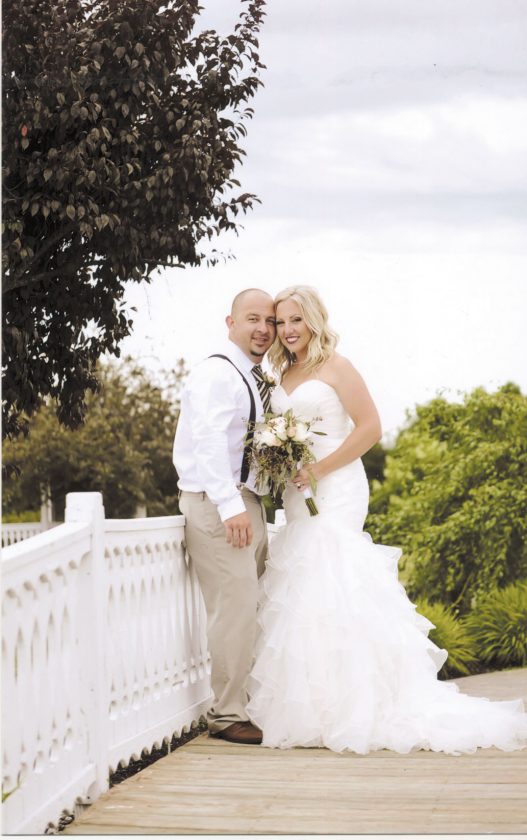 Ashley Giesler and Michael Harvey exchanged wedding vows at 7 p.m. April 6, 2018, at a private ceremony with family in Tiffin. The officiant was uncle of the groom, Michael Baltzell. A reception took place Friday, July 20, 2018, at Camden Falls, Tiffin.

The bride is the daughter of Kevin Giesler and Tina and the late Terry Hunter. The groom is the son of Lorrie Harvey.

The bride, a 2003 graduate of Columbian High School, graduated from Bowling Green State University with a bachelor’s degree in human development and family studies in 2007 and is an intervention assistant for Olentangy Local Schools.

The groom, a 2006 graduate of Calvert High School, graduated from Marion Technical College and is a physical therapist assistant for Fabrizio Fabrehab.

The couple resides in Delaware after returning from a Niagra Falls honeymoon.