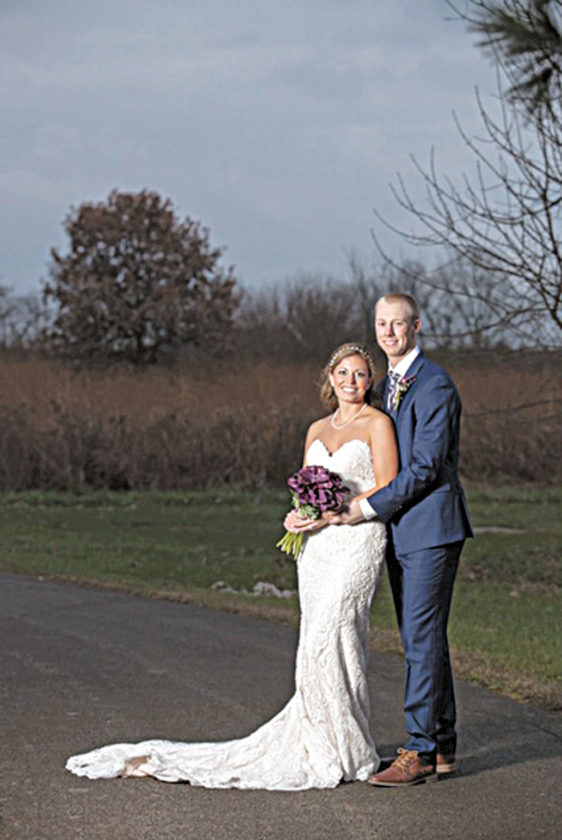 Mary Ellen McAllister and Logan Anthony Sendelbach were united in marriage Saturday, Nov. 24, 2018, at First Presbyterian Church, Findlay. The officiant was the Rev. Jessica Myers. A reception followed at the Meadowbrook Ballroom, Bascom.

The bride is the daughter of William and Catherine McAllister of Fostoria. The groom is the son of Kevin and Dana Sendelbach of Tiffin.

The groom is a 2012 graduate of Hopewell-Loudon High School. He earned a degree from Tiffin University, where he also played baseball. He is a professional baseball player with the Pittsburgh Pirates organization.

The couple will honeymoon in Aruba and resides in Fostoria.