Little things that run the world 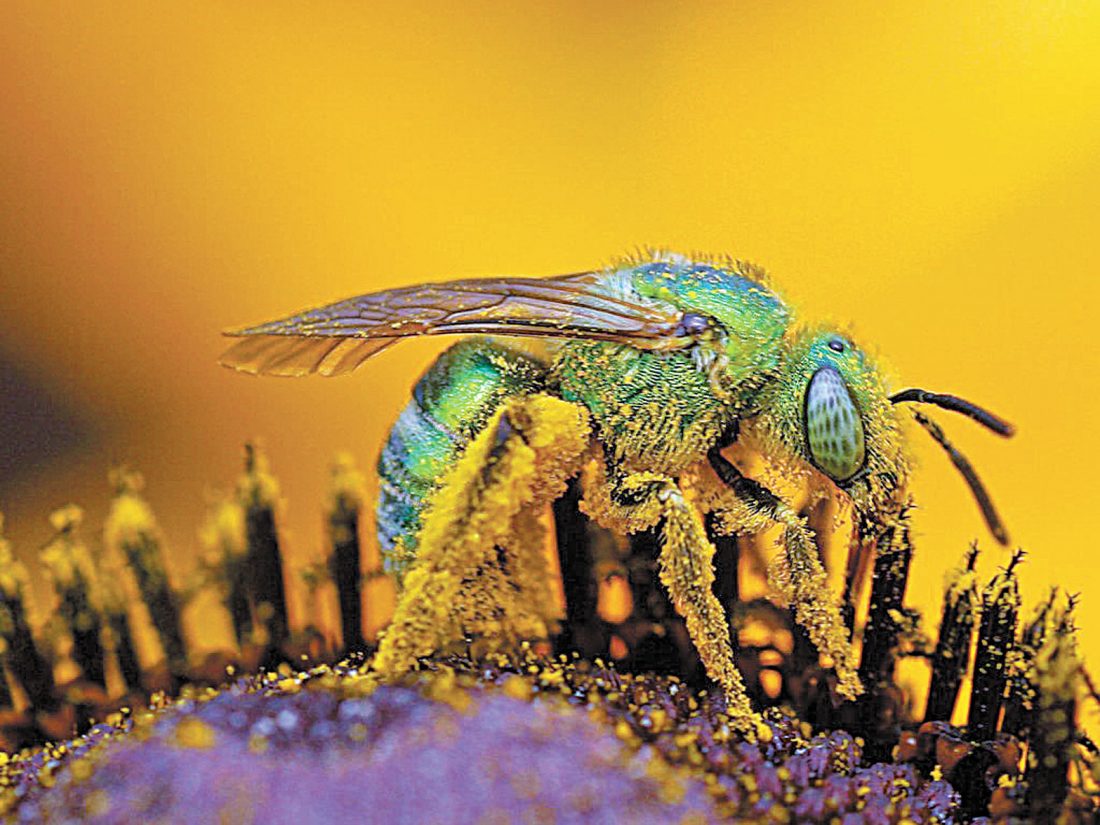 Generally, I’ll agree to do most anything if you ask me six months in advance. So last fall, when a lady from the Blossoms and Butterflies Club asked if I’d be willing to give a talk at their May meeting on something gardenish, I was happy to oblige. I’d think of something.

The panic set in about two days before the presentation. These people know something about gardening and I usually get mums and pansies confused. You’d figure with a club name like that, they probably already know a lot about the importance of wildflowers in attracting pollinating insects. Still. …

In 2017, a group of German biologists published the results of a study that was 27 years in the making. They reported on a project in which flying insects had been sampled (in a standardized way) on 63 protected nature reserves in two parts of the country. Long story-short, they found a 75% decrease in the numbers of insects captured between 1989 and 2016, which worked out to a fairly steady rate of decline of about 2.8% per year.

Earlier this year, a pair of Australian researchers reported on their review of all the long-term (more than 10 years) investigations of changes in insect abundance and diversity they could find anywhere in the world. They located 73 published studies that met their criteria for scientific rigor, almost all of which had been conducted in Europe and North America.

Summarizing the results of these studies, the authors found an overall decline of 40% in insect abundance, with some groups such as bees and moths seeing declines as high as 60%. The paper also reviewed what the authors of those 73 studies had determined to be the main factors underlying the observed reductions. The top four “drivers” of the declines, in order of importance, were habitat loss, pollution issues, various biological factors (competition with invasive species, disease, etc.) and climate change.

The devil is in the details, and you can pick apart both of these studies to a degree, but their overall assessment — that around the world, many insect species are losing ground or disappearing altogether — is supported by a growing mound of evidence.

For so many of us, insects are just an annoyance at best. If the bugs are disappearing, so much the better.

>Sigh< Depressingly, mosquitos and our numerous agricultural pests tend not to be the ones experiencing such a slide. So there's that. But there's also strawberries, apples and tomatoes. Pollinators such as bees, butterflies, moths, wasps, flies and beetles are essential to some 70% of the world's flowering plants. The U.S. alone grows more than 100 crops that depend on pollinators, without which we would not have most of the fruits and vegetables on the grocer's shelves. Insect pollinators are also critical to livestock forage crops such as alfalfa and clover and, of course, they help native plants reproduce, providing the foliage, fruits and seeds that feed birds, deer and other wildlife. While it is fairly well known that honeybees have been having a rough time of it lately with diseases, parasitic mites and colony collapse disorder, less known is the fact that there are some 4,000 different species of bees native to North America. Many are more efficient crop pollinators than the honeybee -- especially for New World fruits and vegetables such as pumpkin, tomato, cranberry and blueberry with which they evolved over many millennia. Although our native bees are not affected by the same disease and parasite problems as honeybees, they, like the butterflies, moths and so many other groups of insects, are hard pressed by habitat loss and pesticide threats. While any flower that produces a decent amount of nectar will attract pollinators, native wildflowers, logically enough, will have a special draw for native pollinators and planting even a small, backyard wildflower patch can make a positive difference. So, following my own advice, this year Deb and I turned the little 17-by-6 vegetable garden we've had for 25 years into a native wildflower patch. We put in a couple of foxglove beardtongues, a purple coneflower and a dense blazing star, two coral reef bee balms, a Zagreb threadleaf coreopsis and, how can you not love it, a “hot lips” pink turtlehead.

We opted for plants from a native wildflower nursery (we went to Scioto Gardens in Delaware, Ohio) rather than starting from seeds. Along with a hydrangea and two lavenders, we bought for other parts of the yard, the price tag came to $187. Ouch.

Or money well spent. These are all perennials. The Xerces Society (xerces.org) is a place to start if you might be interested in, as they say, “helping protect the little things that run the world.”

Ken Baker is a scientist and a retired biology professor. If you have a natural history topic you’d like the author to consider for an upcoming column, email your idea to jlininger@advertiser-tribune.com.