No song for the mute swan 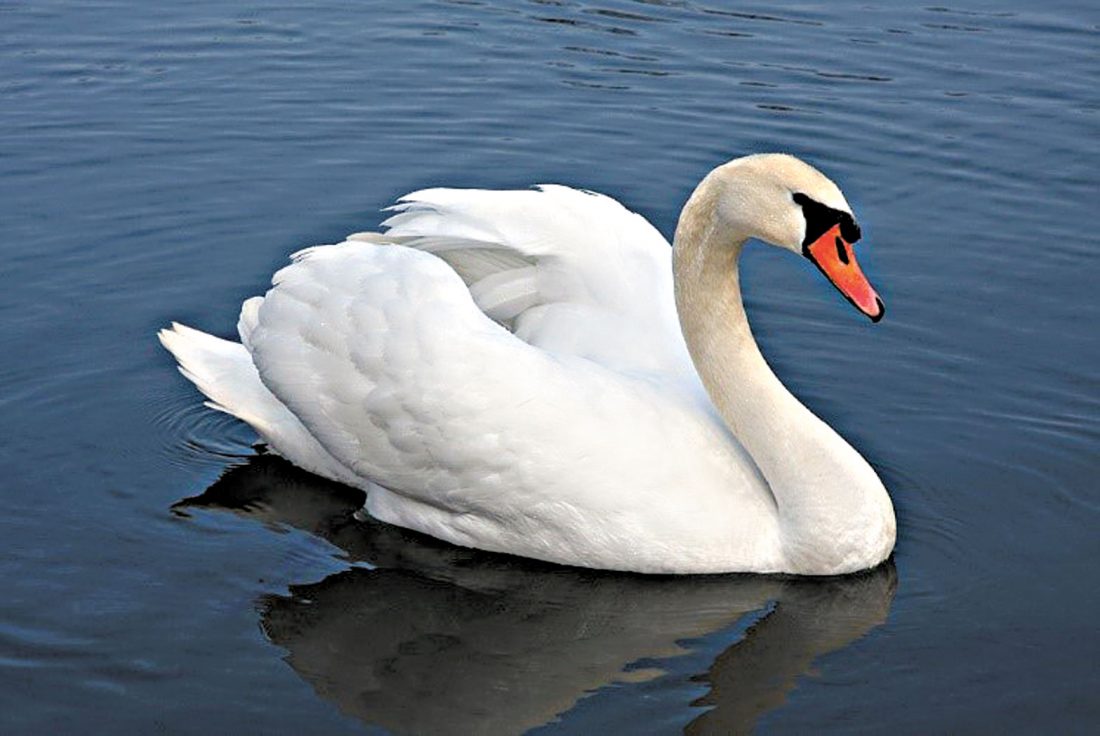 I suppose I might be excused for having missed, last Saturday, the enormous flock of gulls about a quarter mile off the south side of US 23, just east of Perrysburg.

After all, we were heading up to Toledo with some friends for a TSO concert, the conversation was interesting, and I was in the back seat watching soaking wet fields on the north side of the Chrysler flying backwards at 60 mph. But even so.

And then Deb said, “Wait a minute, those aren’t gulls; they’re way too big.”

Indeed; they were tundra swans. Several hundred of them, just hanging out for a day or two, waiting for the right winds and angle of the sun to lift off en masse for the next staging ground, probably near Lake St. Clair in southern Ontario. And after that, off to breeding grounds in the Arctic Archipelago along the northern shores of Nunavut, perhaps.

Although there are only seven species of swans in the world, they are familiar because of their large size and cultural importance. Swans typically mate for life, remaining together even outside of the breeding season. As such, they long have been a symbol of romantic love in folklore and myth around the world.

The graceful, Disneyesque curved neck of the mute swan occupies a special place in the western psyche. That’s the mental image that pops into the head of most Americans on hearing the word “swan.”

But the mute is not native to North America. It was intentionally introduced into the U.S. in the 1850s to grace the waters of public parks, zoos and the mansions of the nouveau riche. Elegantly graceful they are, with their all-white plumage and orange bill set against a jet-black base. Elegant and mean.

The mute’s much admired deportment while swimming, with the neck bowed and wings slightly raised above the back (it’s called busking), is actually the swan’s threat posture. They are very aggressive, not only attacking potential nest predators but other waterfowl — and even canoes and kayaks — they deem a threat to their wetland feeding grounds.

Equally problematic, mutes are also ravenous feeders on aquatic vegetation. In many areas where they’ve been introduced, the abundance of submerged plants that a lot of native species depend upon has been markedly reduced. In 2005, the U.S. Department of the Interior declared them a non-native, unprotected species — essentially, persona non grata, an invasive.

Nevertheless, their populations have been expanding at a sharp clip. A recent study in the lower Great Lakes region found that from 1971 to 2000, their numbers have increased by roughly 10 percent each year — about doubling in size every 7-8 years. Interestingly, most North American mute swans, unlike their European cousins, do not migrate.

Our continent’s two native swans are the tundra and trumpeter. Trumpeter swans — think of E.B. White’s 1970 classic, the “Trumpet of the Swan” — primarily summer in the northwest and central U.S., although they had a much broader distribution prior to colonial expansion. Wildlife agencies are re-introducing the species to many parts of their former range, with some success. A 2017 survey found 75 breeding pairs in Ohio, 40 of which fledged a total of 116 cygnets.

Back in 1968, old Doc Stanley at Fredonia State had us buy Peterson’s Third Edition (1947) “Field Guide to the Birds,” for his popular ornithology course. That’s where I first learned the “whistling swan” was named not for its voice but for the sound produced by its powerful wings in flight.

Although its official name has long since been changed to tundra swan, the older name is still commonly used for the North American subspecies, much as the Eurasian form is still known as Bewick’s swan. Like the trumpeter, the tundra’s beak and legs are black and its neck is normally held vertically rather than in the curved posture of the mute. Close up, you can generally see a yellow spot just in front of an adult tundra’s eye. But at a distance, it can be challenging to distinguish our two native species.

Except during the breeding season, tundra swans are quite gregarious, feeding and even migrating in family groups. Very much traditionalists, a mated pair will often choose the same nesting site year after year, and during migration stop off at the same resting areas along the way.

Much of their traditional diet is rooted aquatic plants, which helps explain that long neck. But the elimination of wetlands throughout the continent often leaves them little choice but to forage on harvested corn and winter cereal grain crops during migration and in their primary wintering grounds along the east and west coasts.

To keep the species’ numbers in check, U.S. and Canadian wildlife agencies issue hunting permits to maintain the western population at around 80,000 individuals and the eastern at about 60,000.