Ritz Players bring to the stage ‘To Kill a Mockingbird’ 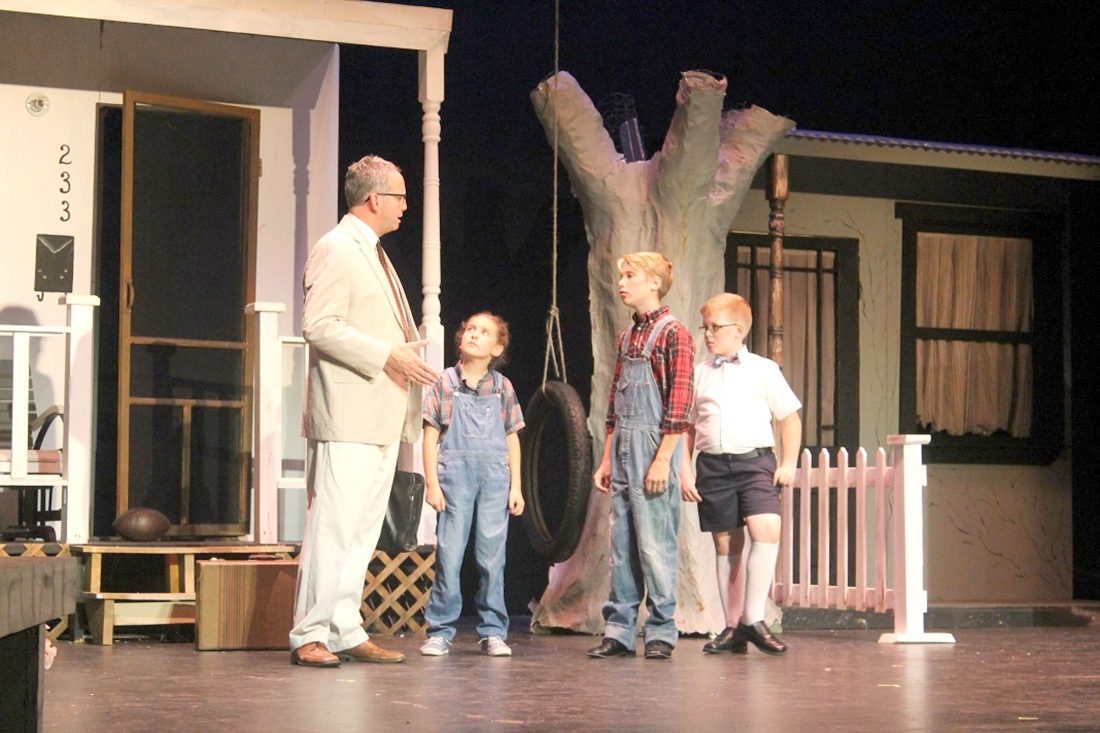 Adapted from the Pulitzer Prize-winning novel, To Kill a Mockingbird opens in a sleepy Alabama town in the midst of the Great Depression, where Scout and her brother, Jem, live with their widowed father, Atticus Finch. Reminiscent of a bygone era, the play immerses the audience in a simpler time as the children play outside in the summer, act out stories and muse about their mysterious neighbor, Boo Radley. The facade of the seemingly peaceful town begins to crack when a young black man is accused of a terrible crime. Driven by an unshakeable moral conviction, local lawyer Atticus defends the man in a trial that sends violent waves through the community. Timeless and lingering, the hard-hitting work explores prejudice, compassion and the courage to do what is right.

This event is sponsored by Reineke Family Dealerships and a grant from US Bank.

Delight in an evening of the sublime when soprano Carol Dusdieker, joined by clarinetist Lesli McCage and pianist Valrie Kantorski, performs a faculty recital at 7 p.m. Friday in Brenneman Music Hall on the campus of Heidelberg University.

Dusdieker, director of Heidelberg’s School of Music & Theatre and associate professor of voice, will provide the soprano vocals for “Ascend: Faculty Chamber Recital.” The performance will feature Schubert’s “Shepherd on the Rock” and Paul Gibson’s companion piece, “A Shepherd’s Lott.” In Lori Laitman’s “I Never Saw Another Butterfly,” the ensemble will demonstrate the ways in which music can transcend the harshest realities.

Kantorski, the primary keyboard musician for the Toledo Symphony for more than 30 years, is a third-generation classical musician who first soloed with orchestras playing Beethoven and Mozart conterti at age 16.

She has performed in venues throughout the United States, including Carnegie Hall. She is an adjunct faculty member at several colleges, including Bowling Green State University.

McCage is an adjunct faculty member at the University of Toledo, where she teaches clarinet. She also performs with the Adrian (Michigan) Symphony Orchestra and teaches for the Toledo School of the Arts.

The concert is free and open to the public.

An announcement in the local paper states the time and place when a murder is to occur in Miss Blacklock’s Victorian house. The victim is not one of the house’s several occupants, but an unexpected and unknown visitor.

What follows is a classic Christie puzzle of mixed motives, concealed identities, a second death, a determined inspector grimly following the twists and turns, and Miss Marple on hand to provide the final solution at some risk to herself in a dramatic confrontation just before the final curtain.

to perform in recital Sunday

St. Francis School of Music has scheduled Halloween recitals at 2 p.m. Sunday in the chapel at St. Francis Convent.

Heidelberg coaches to ‘Pour for a Purpose’ Heidelberg University coaches will step off the court and assume ...