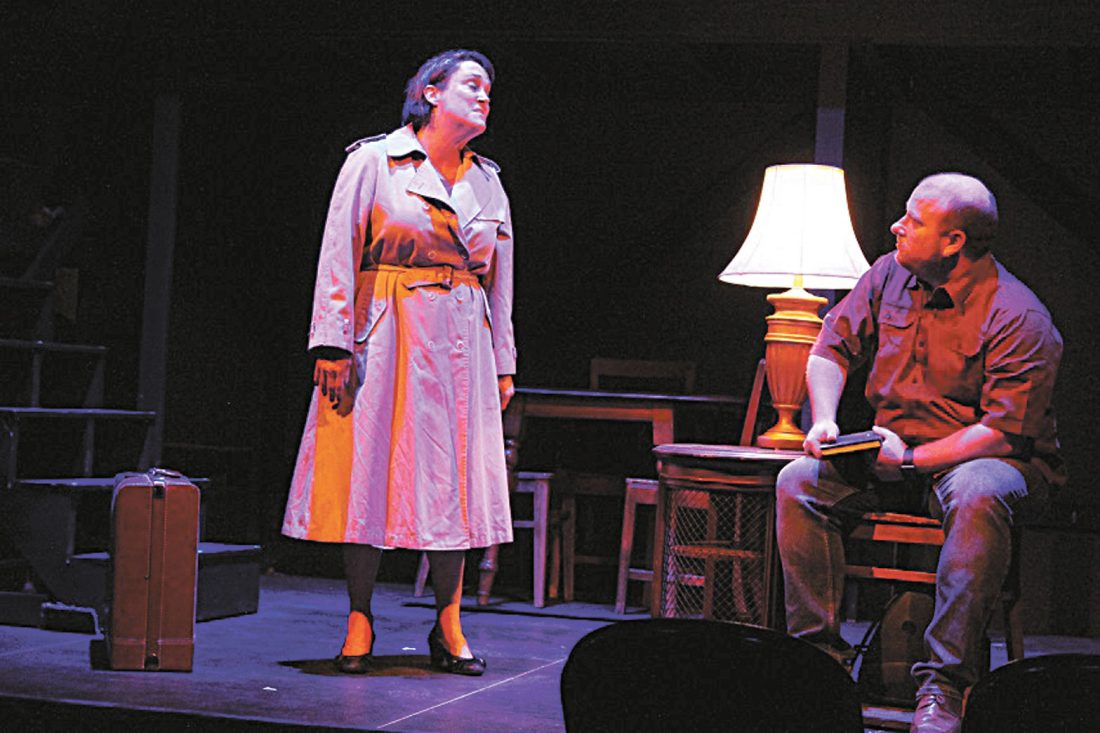 PHOTO SUBMITTED In the Ritz Players musical drama “Next to Normal,” Diana Goodman (played by Mimi Johnston, left) has decided to leave home for a while to "find herself" and she informs her husband, Dan (played by Dustin Rawlins, seated), of her decision.

Ritz Players to present ‘Next to Normal’ next two weekends

The Ritz Players are to present the musical drama “Next to Normal” this weekend and the next.

“Next to Normal” is about an a family who is anything but normal — Dad’s an architect; Mom rushes to pack lunches and pour cereal; their daughter and son are bright, wise-cracking teens, appearing to be a typical American family.

Yet their lives are anything but normal because the mother has been battling manic depression for 16 years. “Next to Normal” takes audiences into the minds and hearts of each character, presenting their family’s story with love, sympathy and heart. It was the winner of three 2009 Tony Awards, including Best Musical Score.

Star Players to present popular musical based on ‘9 to 5’

BSA to present cabaret May 17

BELLEVUE — Bellevue Society for the Arts is to present the “Mom & Pop Doo-Wop Too” cabaret at 7 p.m. May 17.

The event is to feature an array of doo-wop favorites from the ’50s and ’60s performed by new and familiar BSA personalities.

Each cabaret is accompanied by a meal. The menu is to feature pulled pork, cheesy potatoes, coleslaw and dessert.

Cabaret performances are by reservation only and are limited to 100 in attendance.

The “Mom & Pop Doo-Wop Too” cabaret is to be hosted by Jimy Foreman of Whites Landing. Elizabeth Tracy, Tiffin, is to provide piano accompaniment.

Performances may also feature surprise guests. Some material may not be suited for children.