‘How to Train Your Dragon’ remains No. 1

LOS ANGELES (AP) — “How To Train Your Dragon: The Hidden World” topped the North American box office for a second week, but close on its tail was Tyler Perry’s final installment of the “Madea” franchise. Driven by a largely female audience, “A Madea Family Funeral” had a better-than-expected debut.

The third installment in the “How To Train Your Dragon” series grossed an estimated $30 million this weekend according to Universal Pictures Sunday, bringing its domestic total just shy of $100 million. Worldwide, the DreamWorks Animation film has made more than $375 million. In China alone it opened in first place with $33.4 million.

“A Madea Family Funeral” took second place at the domestic box office with an estimated $27 million, a third best for the 15-year-old franchise. The “Madea” films have never been all that popular with critics — this one splattered out with a 24 percent on Rotten Tomatoes — but audiences have never seemed to care. This time around the audience, which was 67 percent female and 78 percent over the age of 25, gave the film a solid A- CinemaScore.

“Greta was just another newcomer released in 2019 that had a rough go in a slow marketplace,” Dergarabedian said. “This might have benefited from a platform release given the subject matter and the cast.”

Many people, however, used this weekend to catch-up with the big winners at the Oscars, which took place last Sunday.

Best-picture winner “Green Book” got the biggest post-Oscars bump, adding $4.71 million over the weekend from theaters. To date, “Green Book” has earned $75.2 million in North America and $188 million worldwide.

The Universal-distributed film from Participant Media more than doubled its theater count to 2,641 theaters and broke into the top 5 in its 16th weekend, not to mention the fact that it’s also available to rent on the small screen too.

For comparison, last year’s best picture winner “The Shape of Water” added $2.3 million on the weekend following the Academy Awards, although that was playing in about 1,000 fewer theaters.

“Green Book” wasn’t the only award-winner adding profits this weekend. Best Animated Feature winner “Spider-Man: Into the Spider-Verse” banked an additional $2.1 million, the encore version of “A Star Is Born” with 12 additional minutes of footage added $1.9 million, “Bohemian Rhapsody” earned $975,000 and “The Favourite” took in $825,000.

“People wonder why studios spend millions on Oscar campaigns: They’re getting a nice boost and adding money even while they’re available on the small screen,” Dergarabedian said.

But overall the box office continues to struggle industry-wide. Both the year and the weekend are down 26 percent, in part due to the fact that there hasn’t been any film comparable to “Black Panther,” which accounted for the stellar early-year numbers in 2018.

Marvel is coming back to save the day yet again, however: “Captain Marvel” opens nationwide next weekend.

Estimated ticket sales for Friday through Sunday at international theaters (excluding the U.S. and Canada), according to Comscore:

Heidelberg coaches to ‘Pour for a Purpose’ Heidelberg University coaches will step off the court and assume ...

Improvisation pianist to perform at Heidelberg Pianist John Mortensen, a leader in the international revival of ...

Auditions to take place for Ritz Players comedy ‘The Producers’ The Ritz Players are hosting auditions for ... 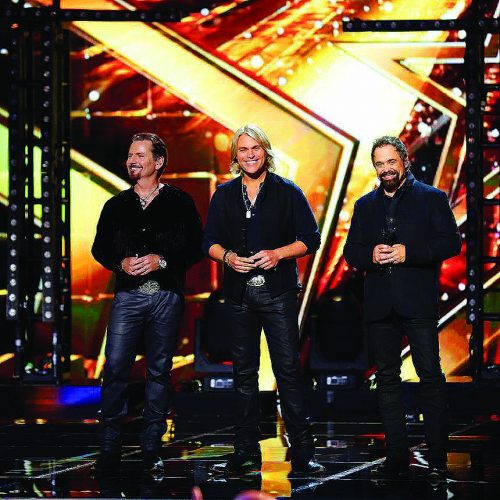